Dan Chalmers: 'Nobody has a track record like us for delivering big results for indie acts and labels' 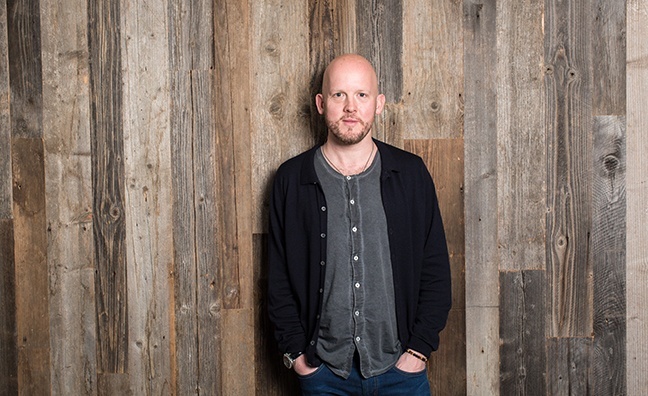 Dan Chalmers, president of Rhino, East West and ADA at Warner Music, has praised ADA’s work with independent artists and labels following its work with Stormzy on his chart-topping album Gang Signs & Prayer. And according to the man at the helm, there is nobody else on the market capable of delivering the same results.

Stormzy’s debut, which was distributed by ADA, proved to be a record breaking release, claiming the No.1 spot on the albums chart and becoming the first release to notch up over 20,000 streaming sales in one week. The record scored total week one sales of 64,735 and dethroned Rag’N’Bone Man from the top of the pile.

In a conversation with Music Week, Chalmers hailed the company’s work with independent artists an labels – work he sees as unrivalled in the current market.

“Nobody has a track record like us for delivering big results for independent artists and labels,” he commented. “The success we’ve had with an artist like Macklemore & Ryan Lewis shows what we can achieve on a global level, as a business, we’ve also had big campaigns in the UK where we’ve supported partners like Ignition on Noel Gallagher’s last record.

“When we had the discussions with Stormzy, it was obvious there was momentum in the UK but we wanted to look more widely – on a global level, particularly with the opportunities available around streaming. I’m really pleased to see that we’re off to such an amazing start and we’re getting great pick up from all of our territories and teams around the world. This is really just the beginning of a long, long campaign for Stormzy and we couldn’t be more excited to be part of it. We have a great team - in the UK and around the world.”

Chalmers also highlighted the company’s partnership with Because Music and their success with Christine And The Queens, who delivered one of 2016’s most celebrated releases with her album Chaleur Humaine. The record was originally released in her native France back in 2014, but only received its UK release last year. It has so far sold 192,850 copies and has attained Gold certification.

“Our relationship with Emmanuel [De Buretel] and Jane [Third] at Because is a distribution relationship, so they employ all the marketing and promotion themselves, but we advised on how the campaign should be rolled out.

“The reason it was so successful is down to the music and her unique presentation,” he continued. “One of the key elements of the campaign was the Graham Norton performance, but also her performance at Glastonbury, which was one of the highlights of the festival.”

You can read our Big Interview with Chalmers here and in the latest issue of Music Week, out now.