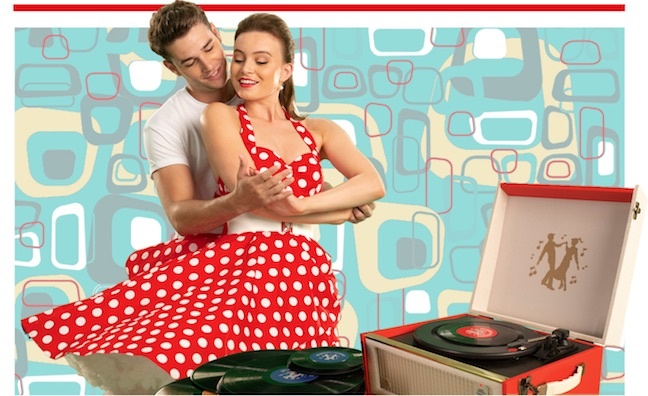 Brian Berg has spoken about the enduring chart-topping success of the Dreamboats & Petticoats compilation brand he created at UMTV.

As a consultant for Decca, Berg oversaw this month’s Dreamboats & Petticoats: Music That Lives Forever, featuring Cliff Richard & The Shadows, The Hollies and Dusty Springfield.

The collection of ’50s rock’n’roll and ’60s pop debuted at No.1 in the compilations chart with pure sales of 7,659 (Official Charts Company). Sales held up for a second week at the summit (6,693 units), and the 3CD collection is now battling Les Miserables: The Staged Concert for a third week at No.1.

“The Dreamboats market is 60-plus and 99% physical – there are people out there who will never stream, it’s not in their culture,” said Berg.

Since it launched in 2007 with the original compilation (871,192 sales), the series has racked up overall sales of almost five million. Last year’s edition, Dreamboats & Petticoats – Silver Linings, has sales of 107,561.

The series has been extended to artists, with branded releases from Billy Fury, Marty Wilde and The Shadows. Guitarist Bruce Welch promoted The Shadows collection, which was released this month to mark 60 years since their No.1 debut single, Apache.

The Shadows – First 60 Years (Dreamboats & Petticoats) debuted at No.22 last week with sales of 4,016. It was The Shadows’ first charting album in 15 years, not including collaborations with Cliff Richard.

There are people out there who will never stream, it’s not in their culture

Last year’s Marty Wilde edition released under the Dreamboats banner peaked at No.7 and has sales of 25,437.

“The brand is still very powerful,” said Berg. “We’re doing a book next year and I’ve been talking with Decca about a lot of other artist-branded Dreamboat albums going forward.”

Wilde is set to headline a UK tour under the Dreamboats & Petticoats banner in 2021. The spin-off musical had three runs in the West End and was seen by nearly two million people.

“We’ve got plans to bring the show back sometime the year after next, when we know we’ve got theatres working properly,” Berg told Music Week.

Berg’s musical production arm Eclipse Live has also teamed with Sony Music and the Roy Orbison Estate on a show about the rock’n’roll icon.

“It’s being written at the moment and that’s going straight into the West End,” he said.