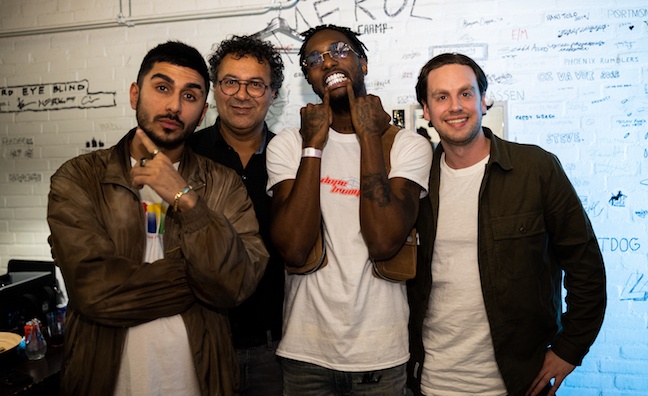 Dutch rapper and producer Dopebwoy is partnering with Warner Music to establish his own label, Forever Lit Records.

The label’s name is a nod to his album Forever Lit, which reached No.1 in the official Dutch charts.

Dopebwoy (real name Jordan Jacott) has enjoyed international success with his hits Cartier and Loco (featuring Yung Felix), and the majority of his live business is outside the Netherlands.

Cartier has been a viral success on TikTok, with several challenges pushing the track over 500 million appearances on the platform.

Dopebwoy will initially release his own music on the label, but it is expected that he’ll also sign and work with new artists.

Dopebwoy said: “Founding Forever Lit Records is a special step. I see it as confirmation and recognition for all the hard work that I’ve put into making music and sharing it with the biggest possible audience of people who feel my sounds. This means a new step, a new phase. Happy to have the Warner team backing me to take this adventure to the next level.”

Bo de Raaff, head of A&R, Warner Music Benelux, added: “We are very proud that we were able to establish this collaboration with Dopebwoy.  He is extremely talented, not only as a rapper, but also as a producer who has scored big hits, both locally and internationally.  We are looking forward to expanding that success further together with him.”