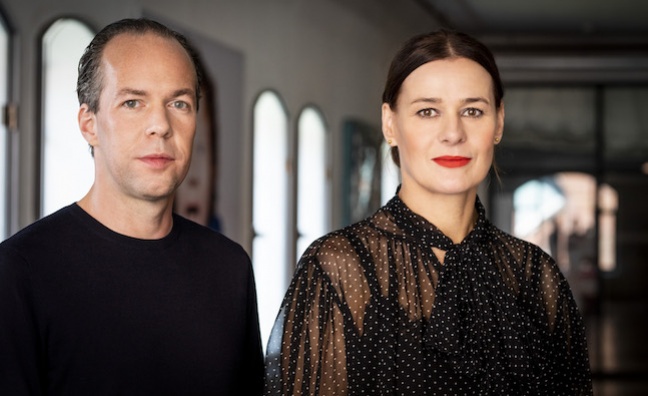 Bernd Dopp, the chairman and CEO of Warner Music Central Europe, has announced that he will be passing on the leadership of the company to Doreen Schimk and Fabian Drebes. The pair will become co-presidents, effective October 1.

Schimk is currently MD, media & brands, while Drebes is MD, international. Warner Music will be the first major label in Germany to be headed by a dual leadership.

Dopp has enjoyed longstanding success at Warner Music Central Europe. This leadership transition is happening as the company celebrates its best ever year in terms of financial results, despite the impact of the pandemic.

Max Lousada, CEO of recorded music for Warner Music Group and Simon Robson, president, international, recorded music, Warner Music Group, said: “Bernd is an incredible music man, who is known for his passionate advocacy on behalf of our artists. But, just as importantly, he’s also created a welcoming, warm culture at Warner Music Central Europe that’s impressed everyone who’s experienced it. Doreen Schimk, Fabian Drebes and his entire team have just helped Bernd deliver the most successful year in the history of the company. That’s an incredible reflection on all three of them and means we’re making this transition from a position of strength.”

Doreen Schimk and Fabian Drebes added: “Working with Bernd Dopp has been about learning from excellence. He’s our most influential mentor. He continuously pushed us and himself forward with enthusiasm, empathy, and experience. As a true leader and music icon, he leaves behind a great and valuable legacy in the music industry and deserves our biggest respect. Thank you for being an inspiration.”

Bernd Dopp has been a hugely influential figure in the German music industry over the decades. He is the longest serving member of the BVMI board and known for his strong commitment to artists and rights holders.

In his role as director of the Chart & Marketing Committee, he continuously pushed for measures that helped modernise the German industry. He also transformed Warner Music Central Europe’s business model, bringing it through the digital transition.

He will continue to be involved with the company beyond October, acting as a senior consultant.

Bernd Dopp said: “My mission is accomplished and now it’s time for a change of generation. It was an honour and a privilege to experience this incredible journey with Warner Music.

“Now I am proud to hand over the responsibility for the company to Doreen Schimk and Fabian Drebes. They’re both highly respected in the artist community, as well as in the local and international music business. They’re truly among the most excellent music executives in Europe and I have absolute confidence in both to lead the company into an even more successful future.  I wish them all the best, lots of success and a great deal of pleasure!  Of course, I would like to thank my entire team and all the artists I have had the privilege to work with and for. I had a great time!”