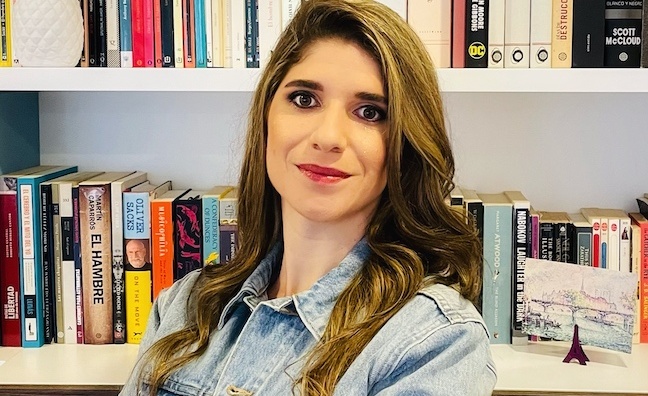 Downtown Music Services has announced a major expansion of its operations in Latin America.

The company has announced several key hires and promotions to oversee this evolution of its business.

Daniela Gutierrez, who is based in Mexico City and reports to vice president of marketing Geoff Halliday, has been appointed marketing manager for Mexico.

Gutierrez was previously a senior label manager in digital distribution, working with labels such as Seitrack, Prajin Records/Z Records and Yes Music, in addition to artists of the likes of Los Angeles Azules, Bronco, and Lupillo Rivera among others.

Based in Bogota, Estefania Parra (pictured) has been promoted to manager, A&R and Partnerships – LatAm. Reporting directly to chief operating officer Ben Patterson, she will play a key role in the company’s growth and development throughout the region. She joins DMS from one of the leading Colombian talent management companies M3 Music, where she oversaw clients including Bomba Estereo, Santiago Cruz and Vicente García.

Also bolstering the company’s South American activities will be Martin Liviciche and Juan Nunez, who have both transferred to DMS from sister company CD Baby in Argentina. Liviciche assumes the new title of business development covering Argentina, Uruguay, and Paraguay for both DMS and Downtown sister company FUGA, and Nunez becomes marketing manager, LatAm.

DMS has already established a presence in Latin America, with success in the region including Santa Fe Klan, Afaz Natural, Ali Aka Mind, La Renge, Lauri Garcia, and others.

Mike Smith, global president of Downtown Music Services said: “The global explosion in Latin music in recent years is a testament to the remarkable musical talent in Latin America. DMS has always worked closely with musicians and songwriters in this region and by bringing in Daniela and growing the roles of Estefania, Juan and Martin we are underlining our commitment to the most exciting music being made right now.”

Ben Patterson, COO at Downtown Music Services said: “Latin music is core to the past and future of Downtown Music Services. With a wide range of clients spanning North, Central and South America it’s imperative that we support them locally and globally with client services, A&R and marketing team. Adding Daniela to the DMS team and expanding the roles of Estefanía, Martin and Juan ensures we have a phenomenal team to support one of the fastest growing regions of the music business."

The announcement follows Downtown's expansion in the UK earlier this year.