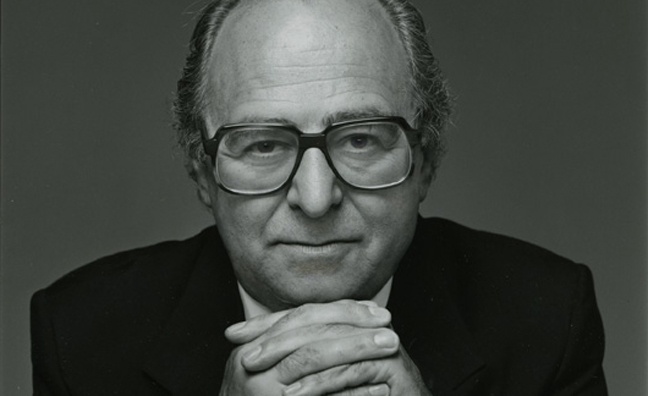 Bob Krasnow, the veteran music industry executive who revitalised Elektra Records in the 1980s, has died at the age of 81 on December 11. The cause of the death was not disclosed.

Upon learning of his death, Dante Ross, SVP A&R at Ada-Music and President of Asylum Records, tweeted: “Bob Krasnow signed Anita Baker, Metallica, PFunk, Motley Crue, Keith Sweat and many others he was a brilliant and wonderful person RIP OG.”

Born Robert A. Krasnow in Rochester in the State of New York,  Krasnow started in the late 1950s his career as a music industry executive. His first job was as a promo rep for Decca Records in Los Angeles. He moved in 1958 to San Francisco to work for King Records, where he stayed for six years.

In 1964, he was back in Los Angeles and launch Loma Records, a sub-label of Warner Bros. Records specialised in R&B music, which he ran until 1966. Loma released many singles – such as Ike and Tina Turner’s Somebody (Somewhere) Needs You in 1965 – that were subject to a compilation in 1995, The Best of Loma Records: The Rise and Fall of a 1960's Soul Label.  Krasnow then moved to Kama Sutra Records and helped set up Buddah Records, to which he signed Captain Beefheart. In 1968, he joined forces with producers Don Graham and Tommy LiPuma to launch Blue Thumb Records, a label that survived until 1974.

“[Blue Thumb Records] was great,” said LiPuma in an interview with Cleveland Scene in 2016. “We had Dave Mason from Traffic and the Pointer Sisters and the Jazz Crusaders. We had T. Rex and Dan Hicks and the Hot Licks. Every time, we had something that came close to smelling like a hit, the majors would come along and steal them away. We sold the company to ABC and we both went to work for Warner Bros.”

Krasnow was then offered the position of VP talent acquisition at Warner Bros Records. After close to ten years in the job, he was appointed in 1983 Chairman and CEO of Elektra/Asylum/Nonesuch Records. The label was founded in 1950 by Zac Holtzman who built first a folk roster and moved into rock  in the mid- to late-1960s with Love, The Doors, The Stooges and MC5. The label became part of Warner Communications in 1970 and by the early 1980s, due to poor A&R decision and a lack of investment, Elektra – which had merged with David Geffen's Asylum – was only a shadow of its former self.

The challenge for Krasnow was to re-build, and quickly, a successful label, capable of attracting and breaking new talent. Krasnow's first measure was to close the label's offices in Los Angeles, fire two third of the 300+ work force and drop 90% of the artists signed to the company. He then signed artists like Anita Baker, Tracy Chapman, Metallica, The Cure and France's Gipsy Kings, who rapidly enjoyed success under his tenure. In a 1989 profile of him in the LA Times, Krasnow described his creative vision as such: “The only guide I use (in terms of signing an act) is how I feel about it,” he said. “You can't go on what you think will be commercial because no one really knows that. You have to stick with what you feel.”

After a couple of years with lacklustre results, Krasnow left Warner Music in 1994, following a realignment of the company's management under the short-lived leadership of Warner Music Group chairman Robert Morgado and the elevation of Atlantic Group Chairman Doug Morris to the role of head of the US music operations. After leaving Warner, he set up Krasnow Entertainment, a joint venture with the MCA Music, which failed to produce significant results.

Krasnow, who was from a generation of record music executives who could party hard and enjoy life, was one of the founders of the Rock And Roll Hall Of Fame, on the board of which he served for 21 years.

Former Nonesuch Records President Bob Hurwitz paid tribute to his former boss. He wrote: “In terms of skill-set, I never met anyone who combined a knowledge of A&R, promotion and marketing like he did. Without Bob, there would not be a Blue Thumb. Warners would have been a different company. The experience of Elektra in the '80s and '90s would not have been possible. And Nonesuch... might have stayed a small and interesting budget label. This is what Bob Krasnow did.”