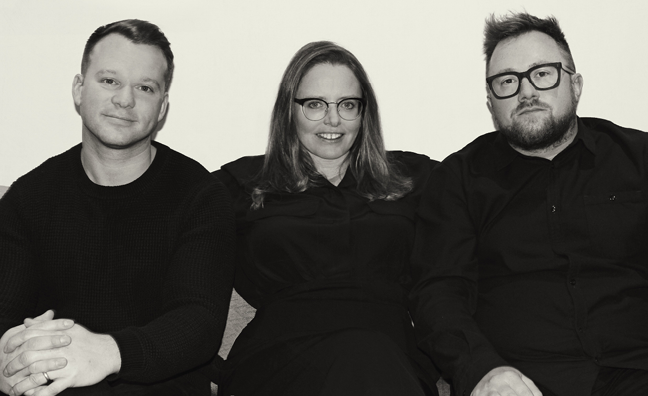 Following the long-term deal, First Access CEO Sarah Stennett will join the board.

“We were in the fortunate situation of having four label deals on the table and this opportunity from [First Access],” said Waite. “For us there was no competition, because we want to remain agnostic and ensure there’s absolutely no red tape in our decision-making so we can remain fluid and reactive.”

Futurekind was launched in late 2016 by Dirty Hit co-founder Waite and Laurence Abrahams, a partner at SSB Solicitors who’s worked as a lawyer for George Ezra, Dua Lipa and Rag’N’Bone Man.

“I am very happy for First Access Entertainment to partner with Futurekind,” said Sarah Stennett. “I have known Laurence for years, through his great work as a partner at SSB [where Stennett was co-founder], and have admired Chuck’s historical success as a manager and co-founder of Dirty Hit. Young, dynamic, entrepreneurial, innovative and driven by a genuine passion and love for music, Chuck and Laurence and their fledgling company encapsulate the spirit of everything I value within the entertainment industry.”

Waite said they were drawn to Stennett because of her “disruptive” approach.

“There’s an overlap,” he said. “We’re both doing fairly maverick things, there’s no one in her lane doing what she does and no one else with the balls to put herself on the line and challenge the system.”

Futurekind is now set to launch a global recording business with separate partners in North America and the rest of the world.

Futurekind has also been actively exploring opportunities in India and China.

“We’re in the process of piecing our label network together with some exciting potential partners,” Abrahams told Music Week.

“Having done many artist and label deals myself, I am confident that we will provide the best alternative for artists and managers.”

Futurekind has been recruiting staff in London, New York and LA as it prepares to launch four debut artist recording projects, alongside its sync, publishing and branding activity. A script is also in development with a TV production company.

“Whilst music is at the core, we’re very much moving extensively through the entertainment business,” said Waite.