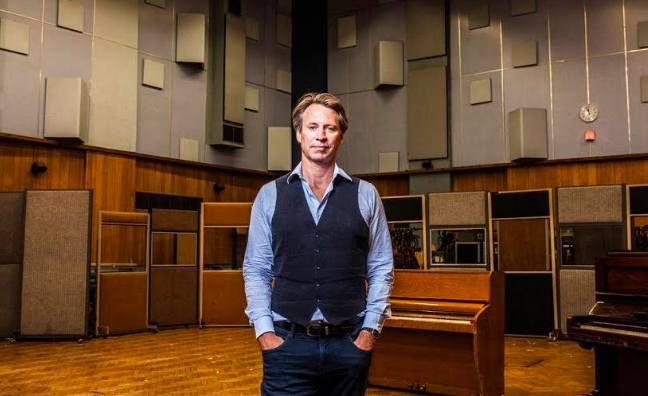 Based at Abbey Road Studios, the Grammy-winning producer, composer and arranger will lead UMG’s work with new audio formats and consumer technology.

The role will see Martin make audio fidelity central to the production process, encouraging UMG artists to experiment in the company’s studios, including Abbey Road and Capitol Studios in Los Angeles.

Martin enjoys a long association with Abbey Road, while in 2007 he won two Grammy awards for the soundtrack Love, an album of remixed Beatles music co-produced with his late father, the record-producing legend Sir George Martin.

Universal Music UK chairman and CEO David Joseph said: “We’ve worked very closely with Giles through his work with The Beatles at Abbey Road and he’s increasingly become part of the wider Universal Music family. As well as being an innovative and exceptionally versatile producer, he shares our passion for excellence in how music is heard. Giles’ unique approach means that as formats and services change there’s no-one better to ensure we are best-serving artists, producers and fans in terms of audio delivery.”

Michael Frey, UMG’s President, global supply chain and media services added: “By blending new technology with some of the best recording equipment crafted over the past 60 years, our artists and creative communities are able to tell their stories with audio and video in entirely new ways and then deliver those experiences to fans nearly instantly around the world. Over the past few years, UMG has made significant investments to expand our leadership position across this exciting area of music and video creation. Throughout this journey, I have had the pleasure and honor of relying on Giles’ expertise, insight and creative vision to aid and guide our efforts. As an incredibly talented artist and producer himself, Giles instinctively sees the potential of what lies ahead and innately understands how to leverage technology to harness new forms of artistic expression.”

Martin said: "The landscape of the way people listen to music has changed dramatically. This is an exciting time. New technology should ensure the artist can now connect directly with the listener and it’s our job as the music industry to make sure that connection is as clear and direct as possible. UMG artists have the best recording facilities in the world. We need to encourage artists to innovate and create great sounding music and to make sure this can be heard by everyone in the best way possible. It’s inspiring to be given the opportunity to work with an amazing team at UMG to push the boundaries of audio and sound for both the artist and the music lover."

He has given the Fab Four’s 1968 classic The White Album similarly lavish treatment this year, read an interview with Martin about making the record in the new issue of Music Week, out now.