'He has impeccable creative instincts': Darcus Beese to head up Island Records US 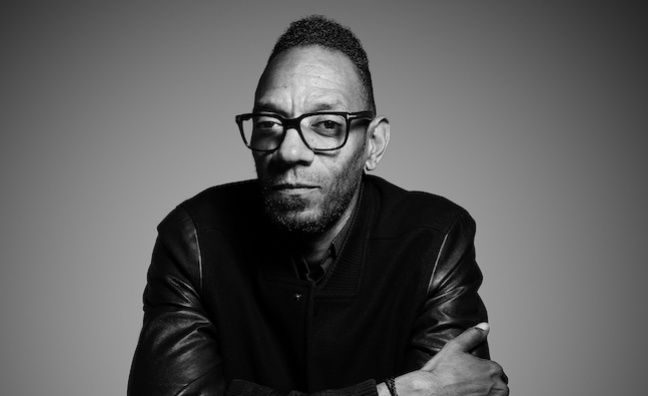 After almost 30 years at Island Records in the UK, Darcus Beese is heading to the US to head up the American label.

Beese, one of the best-known and most respected British label execs, has been named president of Island Records in the US. The appointment – one of the worst kept secrets in the biz – was confirmed today by Universal Music Group.

He will succeed David Massey as president of Island Records in New York. Beese’s appointment is effective July 1.

“Few in the music industry have Darcus’ track record of creative and commercial success,” said Universal Music Group chairman and CEO Sir Lucian Grainge. “I’ve had the pleasure over the years of working closely with Darcus, who has impeccable creative instincts and takes a long-term view of artist development. I’m thrilled he is taking on this new role and I’m excited to support him in signing, developing and breaking many more artists.”

“Island Records was founded nearly 60 years ago by Chris Blackwell to serve as the home for boundary-defying and maverick artists with the ability to move popular culture,” said Beese. “To this day, that mission continues to define and drive Island, whether in the U.K. or U.S., and I couldn’t be more proud to play a role in carrying on that legacy. I’m grateful to Sir Lucian for this opportunity and I’d like to thank my UK boss and friend David Joseph for his generous support through the years. I’m looking forward to working closely with Michele Anthony, Monte Lipman as well as Eric Wong and the excellent team at Island.”

The UK and US operations share some artists, including Sigrid and Nick Jonas, but Beese will largely be working with a new range of acts including Shawn Mendes and Tove Lo.

Beese started as an intern in Island’s promotion department in 1989 and worked his way up through the company. As A&R director, his signings included Winehouse, Sugababes and Taio Cruz. Winehouse went on to sell more than 30 million albums and won five Grammy awards in 2008.

In 2008, Beese was named co-president of the label with Ted Cockle (now Virgin EMI president). Since his elevation to the presidency five years ago, he has overseen the careers of Annie Lennox, PJ Harvey, Robbie Williams and U2, alongside breakthrough acts Ben Howard, Big Shaq, Catfish And The Bottlemen, Disclosure, Hozier, Jessie Ware, JP Cooper and BBC Sound of 2018 winner Sigrid.

In a career-spanning Music Week interview 18 months ago, Beese said: “You have purple patches. Anyone who’s worked in the music industry for a long time knows that it ebbs and flows and you have the super highs and the super lows and I don’t think there’s anything in between! You always know who’s in the studio and who’s returning but saying what you’ve got and delivering what you’ve got are two different things.”

He also said he had no plans to leave Island – a statement that, technically, remains accurate.

Beese was honored with an OBE in the Queen’s Birthday Honours list 2014 for services to the UK music industry. In 2016, he received the MUSEXPO Europe European Executive Of The Year Award.

Speculation will now turn to who might replace the leading UK label president. MD Jon Turner will likely be a serious contender for the role, while the option of a co-presidency could remain open.