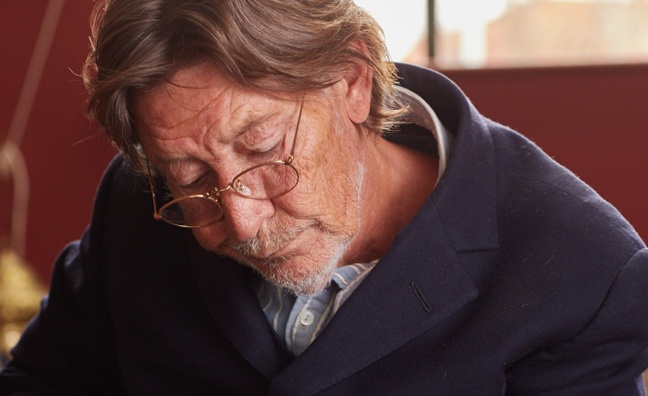 It is Rea's best chart position for a studio set since 1998's The Blue Cafe reached No.10.

"He's had an amazing career and we're honoured and proud to be representing him and looking after this record for him," said Marshall, the label's EVP, new recordings. "He's articulate, he's intelligent, he's a phenomenal artist and we're working really well together."

The album has been made available as a double gatefold vinyl LP and as a CD featuring a 12-page booklet, as well as on streaming services. Its sales breakdown is 6,160 physical, 665 downloads and 40 streams, according to the Official Charts Company.

"Chris is not necessarily au fait with the digital environment, but we're helping him navigate through those muddy waters," Marshall told Music Week. "Bless him, he's signed 1,500 copies of the album, so he's 100% engaged - that's a big demand for an artist.

"We expect to do very well on the physical side but his socials are good and this album is available on iTunes and on all the streaming services. The reaction to it's been really positive from all the retailers."

Rea has also announced an extensive UK tour to support the release, beginning at Newcastle City Hall on November 20 and concluding on December 12 at Bournemouth International Centre. He plays Hammersmith's Eventim Apollo on November 26.

"The UK tour is 92% sold out with six weeks to go," added Marshall.