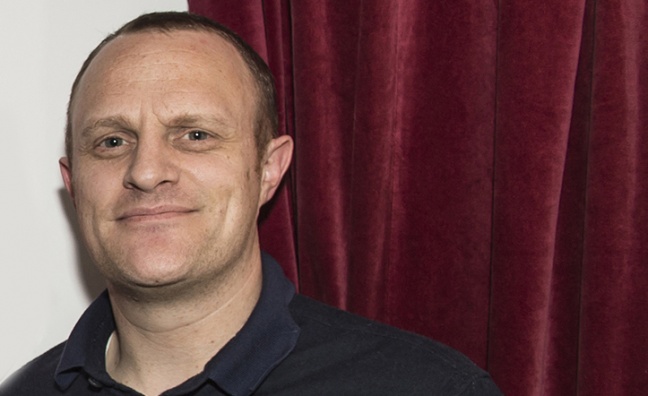 Wild Love, the lead single from Bay's upcoming new album, charted at No.39 in the UK earlier this month. The track showcases a more expansive sound than that of his 2015 debut Chaos And The Calm - a move Cockle believes will reap its rewards.

“I think he’s just secured himself another decade in the industry by wrong-footing so many people,” Cockle told Music Week. “He’s shown that he can operate on very different levels and actually surprise people.”

Bay's as-yet-untitled sophomore LP is scheduled for a May release and Cockle stressed that it was Bay himself who was determined to deviate from the tried and tested.

“The artist was the person that categorically was pushing things forward and, when [Wild Love] was played to us, we thought that was the best representation of pushing something forward," noted Cockle. “Also, it still had the emotion of songs like Let It Go and Hold Back the River that looked after him so well. We thought that if we were going to retain one element of James Bay Mk I, it was probably that emotion - and Wild Love seemed to have that in truckloads."

Chaos And The Calm has sold more than 800,000 copies in the UK to date and Cockle, who indicated a further three tracks would be dropped from its successor ahead of release, has similar expectations for album number two.

“You always take the risk of a dip in commerce when you become more adventurous and progressive with your sound; it’s always the dilemma and it makes for more frightening and exciting times," he said. “[But] our ambitions are clearly to match the enormous success of Chaos And The Calm. Our plan is to make sure that, even though there’s some more adventurous songs, everybody knows that they’ve got a contact point with the record that can work for them in all the places where he’s been incredibly successful before.”

Music Week's interview with Bay - featuring contributions from his co-manager Paul McDonald of Closer Artists - can be accessed online and in this week's print edition.