"He will help define many more moments in Decca's illustrious history": Tom Lewis promoted to VP, A&R and artist strategy 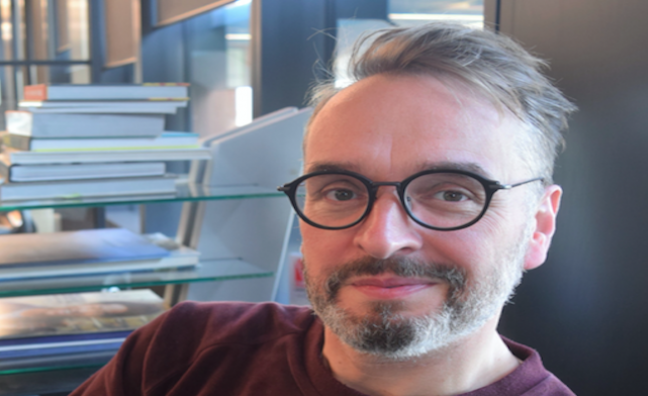 Today (November 28) Universal Music Group has announced the promotion of Tom Lewis to the role of vice president of Decca, A&R and artist strategy.

Lewis joined Universal Classics & Jazz 15 years ago, starting as label manager for the Jazz division, then becoming head of consumer marketing. He moved into A&R three years later, as head of A&R and then senior director of A&R and artist strategy. Lewis will continue to report to Rebecca Allen, president of Decca Records.

Speaking about the appointment, Rebecca Allen  said: “As Decca continues to evolve and grow into a leading global music company, so must our approach to A&R, to our artists, and to our unrivalled passion for seeking out and breaking new artists. With this in mind, I am thrilled that Tom’s role will further expand into the heart of the label, and with his uniqueness as a music executive, as a music lover and as a music producer, there is no doubt in my mind, that his passion, energy and drive, will help define many more moments in Decca’s illustrious history.”

Lewis added: "I'm absolutely delighted and honoured to take on this new challenge. It feels like such an exciting time at Decca. We celebrate our 90th Anniversary next year and have spent a long time looking back on our history. It really is a special place to work. The label is buzzing and full of a spirit of adventure."

In his move over to A&R in 2006, Lewis worked with a diverse range of artists including Imelda May, Alfie Boe, The Fron Male Voice Choir, The Royal Scots Dragoon Guards, The Monks of Stift Heiligenkreuz, Katherine Jenkins and Gareth Malone & his Military Wives Choir.

Following on from UCJ and Decca merging in 2009, Lewis established an A&R team that oversaw the signings of The Lumineers, Aurora, The Shires, Jeff Goldblum, Seal and the million-selling Michael Ball & Alfie Boe.

In his new role, Lewis will expand the A&R department by bringing in new head of A&R, Rachel Holmberg, previously the editor for BBC Music Introducing. Holmberg is also on the Music Advisory Board at the Roundhouse in London as well as being on the voting academy for the Brit Awards, MOBO Awards and a judge for the AIM Awards. Holmberg appeared in Music Week’s 30 Under 30 in 2016.

Also joining the team, as A&R manager, is Sam Mumford. Mumford has, most recently, been A&R Manager for Imagem, signing artists and writers including Temples, Circa Waves, Oh Wonder and Owen Cutts (Stormzy). He helped secure established writers such as Cathy Dennis and worked closely with artists across the Imagem roster including Mark Ronson, Nick Mulvey, Fiona Bevan and Dee Adam.