How the BRITs nominations ÷ in 2018: Columbia, Warner Bros, Atlantic and Virgin EMI on top 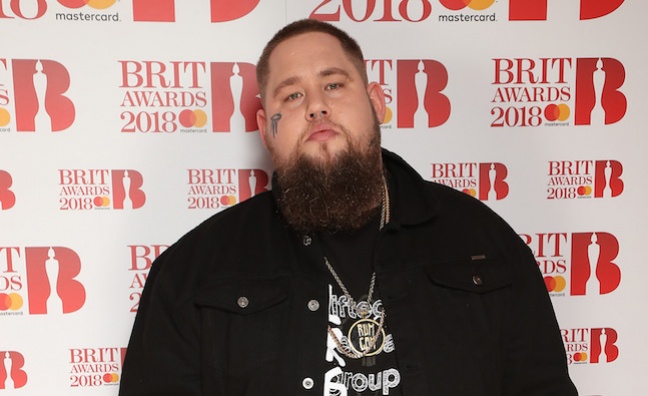 The BRITs 2018 nominations are in and the labels will today be assessing their performance – for some triumph, for others disappointment.

Leading the pack is Columbia Records UK, with their nine nominations capping off a successful first year in charge for president Ferdy Unger-Hamilton. Despite BRITs snubs for No.1 album artists Kasabian and The Script, as well as just one nomination for Harry Styles (British Artist Video), Columbia still came out on top with nine nods overall, including three for Rag’N’Bone Man, two for Calvin Harris and international categories for Arcade Fire, Foo Fighters and LCD Soundsystem.

Following their domination of last year’s awards, Sony Music performed well in the 2018 nominations with 20 overall, including four nods for Black Butter (three for J Hus, and one for DJ Khaled) and five for RCA (Paloma Faith, Pink, Zayn, Alicia Keys and Ministry Of Sound Recordings’ London Grammar). Both Faith and J Hus performed at the live ITV launch show The BRITs Are Coming.

Looking at the major UK categories, Warner Music will be happy with a strong showing for Ben Cook’s Atlantic with four nods for Ed Sheeran, one for Anne-Marie and two for Clean Bandit, who also performed on the live show. Phil Christie’s Warner Bros UK also grabbed seven nominations – one each for Royal Blood and Liam Gallagher, as well as a record-breaking haul of five for Dua Lipa. If you count Stormzy’s brace of nominations (the grime star’s distributed by ADA), Warner comes out with 17.

Dua Lipa’s achievement of getting the most nominations ever for a female artist, as well as the most for any artist this year, is not to be underestimated. But it’s worth pointing out that Sheeran was also nominated in all the categories for which he was eligible. She may have stolen the headlines over the weekend, though he could end up the big winner at the ceremony on February 21.

What to make of Universal Music’s showing this year? Not even counting their nominees in the Critics’ Choice, they can claim at least 19 nominations, though almost half of that is in the international categories. That number is also bolstered by distribution deals for other labels.

It’s a really exciting year, the nominations completely reflect the year in music

The real shock this year was the absence of Sam Smith from the nominations, and while he’s surely a contender for the BRITs Global Success Award that seems destined to be among Sheeran’s armful of awards on the night.

Smith may not have benefited in the voting from a late Q4 release, but he was already confirmed to perform at this year’s ceremony so Capitol must have been hopeful. At least the label got nominations for Liam Payne.

"It is a great honour that Liam has received two nominations from his first solo outing," said co-president Nick Raphael.

Ted Cockle’s Virgin EMI (and its label imprints) stands out for Universal with seven nominations, including two for AMF artist Loyle Carner.

“To see Loyle Carner recognised in the Breakthrough category this year is wonderful, but to see him make the cut and be nominated in the fiercely competitive Best British Male category is extraordinary,” Cockle told Music Week. “This is fully a testament to his honesty and freshness as an artist, story teller and musician and how well our team at the AMF label have nurtured his unique talent.”

Amid the domination by solo artists in various categories, British Group is perhaps the most open with OCC album sales ranging from 43,609 for Wolf Alice’s Visions Of A Life to 151,821 for London Grammar’s Truth Is A Beautiful Thing.

“I am very proud and excited to have a Dirty Hit artist nominated for a BRIT award,” Jamie Oborne, of Dirty Hit Records, told Music Week. “Wolf Alice are a special band, fearless and progressive. It’s a great honour to have been a part of their journey so far.”

For the rest of the indie sector there’s not a huge amount to cheer about this year, though grime artist Dave (Ditto Music) has done well to be nominated, while Young Turks/XL have both The xx and Sampha in the running.

"Laura’s nomination for a Brit is well deserved validation for the supreme quality of Semper Femina and for her determination and creativity as an independent artist,” said Paul Trueman, GM UK & international, Kobalt Music Recordings. “We are very proud to have been her partner for the release. Laura is now a role model for independent artists and her success, both creatively and commercially, shows what is possible to achieve as an artist in the modern music industry, whilst retaining full ownership and control over your masters.”

As for the launch show itself, The BRITs Are Coming was on the main ITV channel for the second year and it did a good job with the line-up of performers (including a duet with Stormzy and Critics’ Choice winner Jorja Smith) as well as creating a buzz about the nominations.

“We’re trying to remind people at this time of year – because it’s always busy with all the big film awards being announced – so we try and go the extra mile to bring attention to our show and remind people it’s coming, this is the countdown until February 21,” BPI chairman Ged Doherty told Music Week.

He added: “It’s a really exciting year, I think the nominations completely reflect the year in music. It’s great to see all these great British breakthrough artists coming through, for me it’s the perfect mixture.”

As well as the industry execs, the launch show drew potential 2019 BRITs winners to soak up the atmosphere, including one of this week’s Music Week cover stars, Mabel.

“It’s an amazingly exciting night, just to sit among my peers and have a great time,” she told Music Week. “There are so many amazing artists who worked so hard last year.”