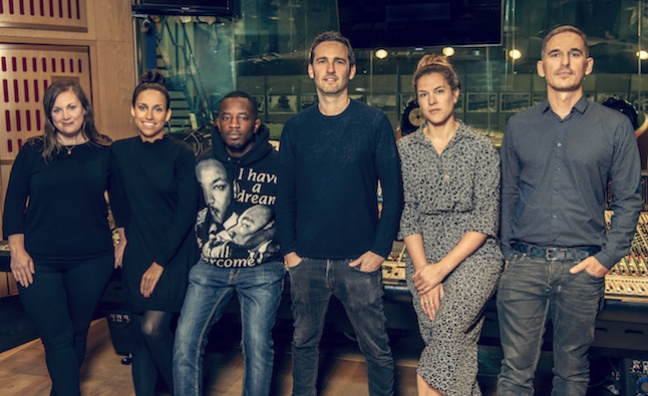 Louis Bloom’s “lifelong fascination” with Island Records has now landed him the top job at the major.

Bloom was unveiled today (May 30) as Island’s new president, part of a major restructure at the label following the departure of Darcus Beese, who leaves to take charge of Island’s US operation.

Raised in Manchester, Bloom’s association with Island dates back to a six-week work experience placement at the label during his student days. A scouting job at RCA followed in 1999, but by 2002, Bloom was back at Island.

He shone in his role as junior A&R manager and was promoted to head of A&R in 2008.

One of Bloom’s most recent signings, JP Cooper, has racked up 961,010 sales of his September Song single. Back in September last year, Bloom told Music Week that Cooper is “like Sam Cooke and Nick Drake in one person. His comments displayed the passion, commitment and excitement that have contributed to his rise through the ranks at Island.

In confirming Bloom’s promotion, Universal Music UK chairman & CEO David Joseph emphasised that the exec’s “passion for everything Island stands for runs deep”, crediting him as a “huge part of Island’s recent success”.

Joseph stressed Bloom’s understanding of the importance of legacy at Island, and signposted an exciting future for the label. The raft of artists Bloom has steered to multi-platinum success around the globe includes Mumford & Sons, Ben Howard and Hozier as well as The Feeling, Goyte, and John Newman. Alongside Cooper, his recent signings include Catfish & The Bottlemen.

Bloom’s reflections on his life in music tell their own story.

“Coming from a musical family and growing up in Manchester, music has always been a hugely important part of my life,” he said today. “But it wasn’t until I turned 12 when I stumbled across my Dad’s vinyl collection that it became an obsession.”

Bloom was quickly taken with Island Records and the ethos of its famous founder, Chris Blackwell.

“It was then that I discovered so many of Island Records’ greats from Nick Drake and Roxy Music to Bob Marley, U2 and Grace Jones,” he added.

“It started what would become a lifelong fascination with the label and Chris Blackwell’s ethos, which continued with the next generation of Island Records from Tricky and Pulp to PJ Harvey and Young MC. The diversity and absolute authenticity of all these artists proved to be the greatest foundation for a life in music and continues to set the standard for the calibre of artists I have wanted to sign to this incredible label.”