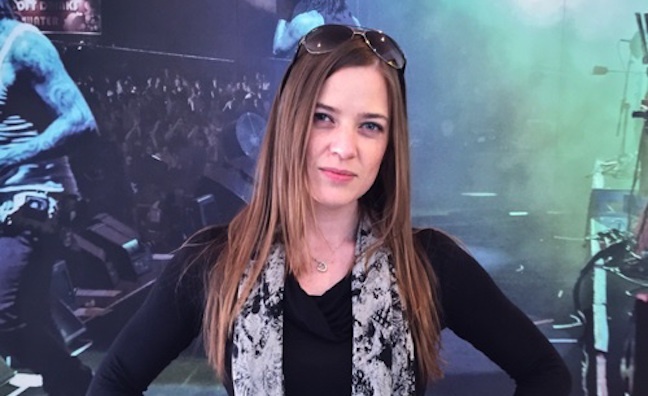 In 2016, the sad truth is that the bad has been just as memorable as the good. Now we've heard from leading execs about the best moments of the year, here we ask for their least favourite memories from an eventful year in the music business.

The past 12 months have been marred by the deaths of musical greats including David Bowie, Prince and Sharon Jones, and the political upheval brought into focus by Brexit and Donald Trump's successful election bid has caused concern across the industry. Read on for the first instalment of executives' worst musical memories of 2016.

Sammy Andrews, artist manager
The prevalence of exclusives on DSPs. Tired of hearing  comparing them to our friends in TV and film, a bullshit argument. We don’t consume music the way to we films, we interact with them in entirely different ways. We’ve spent years encouraging fans to part with cash and adopt legitimate streaming services to then withhold their favourite music or move them off their preferred service is nonsense, damaging to artist fan-relationship and driving piracy.

Kim Bayley, CEO, ERA
Worst may be pushing it, but the obsession of some digital services with exclusives this year did the market no good. You can’t blame artists for taking the money, but short-term moves to build market share undermine the credibility of the whole streaming sector, not to mention fuelling the piracy which legal services have done so much to curtail.

Vanessa Higgins, director, Regent Street Records
Drake One Dance number 1 for so long. Gave too much weight to the narrative that music today isn’t good enough and the charts don’t matter. That is a problem we have to address.

Jane Dyball, CEO, MPA Group of Companies
Prince – I was sad but now I am just angry with him.  That and the lack of diversity in this year’s senior appointments in the UK.  But generally we seem to be making slow but steady progress.

Ben Mortimer, co-president, Polydor
The loss of so many of our greats. Bowie being a personal low-point. But what a gift he left us with Blackstar.

Geoff Taylor, CEO, BPI
1- The amazing talent that we lost in David Bowie, Prince, Leonard Cohen, Lemmy and sadly many others too. We treasure the wonderful legacy of music they have left us. 2 - Brexit. Most people in music are naturally collaborative and open-minded, so it doesn’t sit easily with our values. It also raises the risk of touring becoming more difficult for UK artists.

Peter Leathem, chief executive, PPL
2016 will be a year unfortunately remembered for the untimely passing of so many musical legends.  From Bowie and Prince to Leonard Cohen, Sharon Jones, Rod Temperton, and Glenn Frey, the industry has lost a number of talented and inspirational icons. From a PPL point of view it was having to tell the public performance licensing team on 1 February 2016, that notwithstanding their tremendous work in growing revenue collections by over 60% in the last 6 years, that we were going to be moving operations out of London and into a Joint Venture with PRS.

Diane Wagg, Co-Chair MMF/Deluxxe Management
The Baby Boomer generation starting to depart and the loss of critically acclaimed artists and managers who defined our times. Despite the IFPI report on the amount spent on A & R and marketing there’s a lack of new, innovative acts achieving global success. Are we providing the right environment for the next Bowie (for instance) to develop, thrive and touch whole generations?

Annabella Coldrick, Chief Executive, MMF
The menace of industrial touting reached new lows, sucking enormous amounts of money out of live music and damaging the relationship between artists and fans.

Martin Bandier, CEO, Sony/ATV
The best and worst thing is streaming. Streaming has surpassed physical and digital download sales and its growth seems endless. However, the bad news is that our songwriters are not being fairly paid in the streaming world, which is undermining what they do and threatening their livelihoods.

Stephen Budd, Co-Chair MMF/Stephen Budd Music
The loss of so many wonderful artists; Allison, Bowie, Burns, Cohen, Emerson, Jones, Prince, Russell, Temperton, White… across the alphabet… There has ever been a year when we have lost as many paradigm-shifting musicians.

Simon Pursehouse, director of music services, Sentric Music
Undoubtedly the fact we’ve lost so many genuine musical greats, geniuses and genre-definers that it’s actually difficult to list who isn’t with us anymore without forgetting someone outrageously important. I’m also rather perturbed by the rise of the secondary ticketing market which is in dire need of some regulation in 2017. Oh, and Brexit. Sigh.