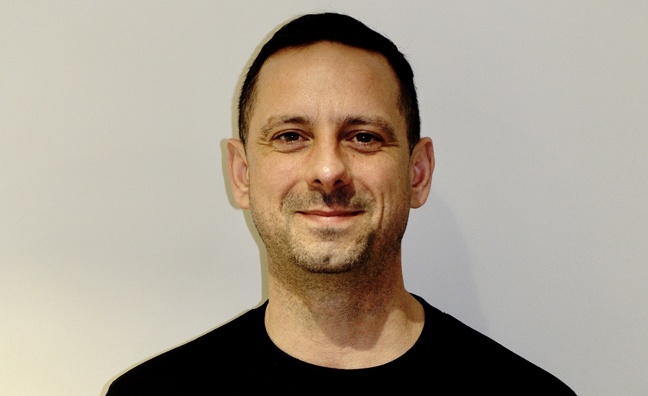 As exclusively revealed in this week’s Music Week, Island Records has promoted Phil Witts to director of radio.

The news comes in the same week that the label made a big A&R move – also exclusively revealed by Music Week – bringing Daniel Lloyd Jones in as co-head of A&R alongside Annie Christensen.

Witts (pictured) steps up from his role as head of national radio and was hailed by Steve Pitron – himself recently promoted to SVP, Island Records & promotions – for his work in securing major airplay for Island’s roster.

“Since joining the Island promotions department in 2001,” said Pitron, “Phil has continued to deliver truly exceptional radio campaigns from artists including Post Malone, Sigrid and most recently, Dermot Kennedy.”

Sigrid – expected to deliver one of the year’s biggest breakthrough albums when she drops Sucker Punch on March 1 – is in the Radio Monitor Airplay Chart Top 40 this week with her latest single, also entitled Sucker Punch. The track re-entered the chart at No.37 with a 54% rise in impacts to 16.54 million.

Island president Louis Bloom took over from the legendary Darcus Beese – now president of Island US – in May 2018. Other key team members include president of urban Alex Boateng and co-MDs Natasha Mann and Olivia Nunn.