'It's a way of finding a new audience': Eleven Seven's Allen Kovac on the growing importance of covers for rock bands 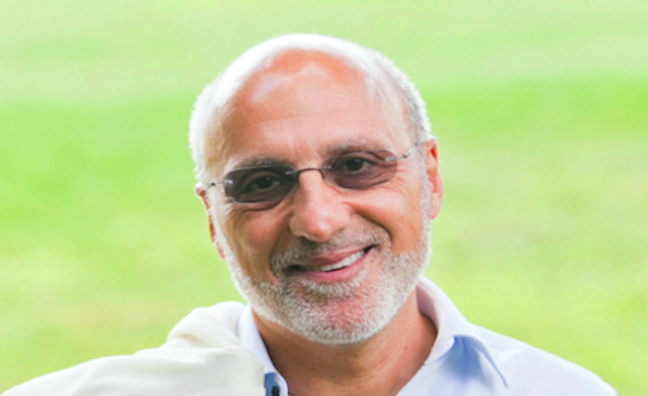 In the new edition of Music Week, we speak to one of rock’s biggest power players Allen Kovac. As founder/CEO of Tenth Street Entertainment, he’s shepherded the careers of many of rock’s biggest names, including the notorious Mötley Crüe. Moreover, in 2006 he created Eleven Seven Music, including its flagship full-service independent label Eleven Seven Records, which handles everything from radio and licensing to publicity and marketing for some big heavy hitters. Since then, they've helped propel American metallers Five Finger Death Punch to arenas and platinum albums and transformed the fortunes of Papa Roach from nu-metal survivors to a band once again occupying the upper echelons of the charts in the US.

In the interview, Kovac addresses E7’s recent expansion – having opened two European offices, with Dan Waite appointed as the new managing director of E7LG-Europe in London, and Björn Meyer as COO, Europe, in Berlin. Elsewhere, he identifies new places for rock bands to exist outside of the traditional rock media and dispels the “stink” major labels have placed on rock.

One of the key subjects Kovac weighs in on is the ongoing problems many rock acts have had in adapting to the streaming age. Notably, it’s not something Eleven Seven have particularly struggled with. Quite the opposite, actually: Five Finger Death Punch have over 4m montly listeners on Spotify alone, while Papa Roach have over 7m.

One lesson of late has been the potential for rock bands to stoke their streaming numbers with a cover. Weezer scored a huge hit by covering Toto’s Africa – and just released a whole album of them via their Teal Album – while Disturbed’s cover of Simon & Garfunkel’s Sound Of Silence went on to pass 1 billion streams. E7 have experienced the benefits too: their signings Bad Wolves scoring a hit with their cover of The Cranberries’ Zombie last year – which was originally slated to be recorded with Dolores O'Riordan prior to her tragic death.

Speaking to Music Week last year, Disturbed were quick to dismiss any notion that a cover is a surefire way for a rock band to score a hit.

“It’s not a guarantee,” offered Disturbed frontman David Draiman last year, explaining why the band elected not to include another blockbuster cover on their 2018 album Evolution. “Rock bands writing a great song, period, that’s what’s going to make it happen. There’s lots of bands who do amazing covers – like the guys in Bad Wolves who did the cover of Zombie recently that just blew up all over the place. That’s going to happen from time to time, but that’s a lightning strike. There is no formula indicating that, ‘Do a cover and that’s your way in.’”

Allen Kovac, however, sees things differently. When asked if covers are a good way for a rock act to make waves in the streaming age, his answer was an unequivocal “yes”. Indeed, he argued that they shouldn't be a one-off strategy.

“Five Finger have at least one on every album,” Kovac told Music Week. “It’s a way of finding a new audience. Bottom line is, that’s engagement – that’s new folks. I try to encourage my artists to be as massive as they can be. Five Finger Death Punch, we saw that a lot of their audience were military employees and they created a fund to help different charities and causes for both and it expanded their audience again. People who would never have heard of Five Finger – or be a part of their audience – grew substantially.”

For Kovac, this feeds into the wider question: How can rock bands score hits independent of radio play?

“It's about artists being willing to look at who their fans are, as opposed to radio, to develop them," said Kovac. "That’s using social media and making that the publicity as opposed to going to radio and saying, ‘Can you get a hit for me?’ Yes there are barriers to rock, that’s because everyone’s being told all the money’s in hip-hop and pop. But it’s just not true. We have a long-tail that hip-hop and pop absolutely do not have. Anyone who has a small degree of intelligence should be able to figure that out.”

Subscribers can read the full interview with Allen Kovac here.