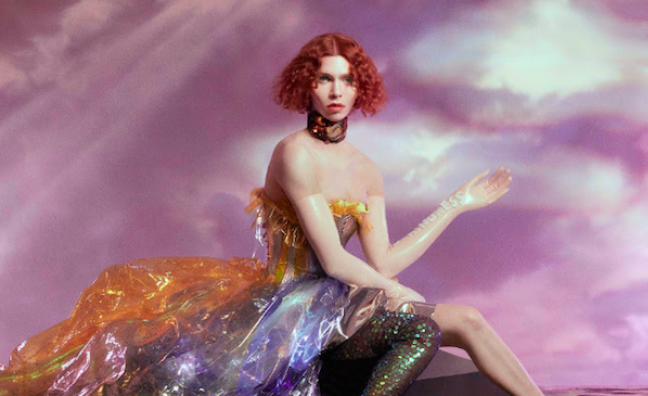 The AIM Awards breezed into The Brewery in London last night (September 4) for the eighth edition of its independent sector jamboree, hosted by BBC Radio 1Xtra's MistaJam and HQ's Sharon Carpenter.

Find out how Jorja Smith, Idles, Ninja Tune and more emerged victorious here, and read on to dig into the most notable moments from a night spent where it mattered – on the floor amongst it, and in the backstage green room. Music Week left no stone unturned to bring you the best of the AIM Awards 2018.

As AIM CEO Paul Pacifico confided as he walked back into the auditorium amidst towering stacks of chairs at the end, “It was a great night…”

Here are our Top 5 moments…

AIM CEO Paul Pacifico managed to strike a chord with his opening address, in which he hailed the indie sector’s sense of community. He said: “We’re often asked why we hold this event. Is it just a self-congratulatory knees-up? This led me to reflect on why the AIM Awards are so important. For me, this evening is all about community. Community defines our sector. I’m proud of the fact that we as a community support each other, that we stand together and enjoy each other’s successes.” Pacifico also rallied support ahead of the key vote on EU copyright perform in the European Parliament next week. “My hope is that in these final days of lobbying we are mindful that everyone in this room is part of the same ecosystem,” he added. “Everyone here stands to thrive from an environment of mutual respect and symbiosis and risks withering on the vine if these values are forgotten. I would ask you all to join us on the right side of history and support the safe passage of the copyright directive and particularly article 13, which stands to safeguard the future for artists and their work in the digital age.”

Bold, uncompromising, innovative and provocative are all words the indie world likes to cuddle up to, and each was well represented on a night that celebrated all corners of the sector. But those words and more rolled into one when Sophie (above) arrived onstage to accept the innovator award, presented in the wake of her trailblazing, techincolour debut Oil Of Every Pearl’s Un-Insides, the high point of a career founded on the unexpected. In neon pink, Sophie delivered a short speech that kicked up a proper cacophony. “To be truly deserving of this award involved not only changing the sound of today’s music, but also ripping apart a deeply entrenched and deeply flawed patriarchal society,” she said. “Creating a more diverse, inspiring and meaningful future for us now and the generations whose lives our decisions effect and help shape, thank you for having me.” She then strode into the green room to pose for the assembled photographers, and the next few minutes unfolded like a whirlwind. This is precisely the kind of unpredictable, maverick talent the AIM Awards is there to celebrate.

Black Acre Records partners Eva Greene and Ian Merchant wasted no time in delivering their message when collecting the award for Best Small Label. The first winners to speak, they hammered home the importance of being there to put out an artist’s first release, with Merchant’s short note of thanks ending with “onto the next”. And hard work emerged as a theme on the night. Nadine Shah carefully thanked her team – particularly 1965 Records “for putting the album out” while accepting the Independent Album Of The Year trophy for Holiday Destination. Idles, who plugged away for eight years with manager Mark Bent and their team before breaking through last year, were working so hard they couldn’t even be present to accept their Hardest Working Group Or Artist gong (they’d run late at an instore gig in East London). If you didn’t know already, the indie sector grafts for its success, which makes it all the sweeter. Didn't everyone know it tonight…

To even the most casual observer, the AIM Awards show feels like an increasingly broad church tonight. Tracey Thorn and John Grant united as Thorn received the Outstanding Contribution To Music Award, then suddenly Goldie was revelling in the strains of drum’n’bass and extolling the virtues of yoga to stay focused. Femi Adeyemi promised to grow his NTS radio platform even bigger, Dave was beamed in via video link to tell us just how thankful he is to AIM and Jorja Smith blazed through in a flash, her Best Independent Breakthrough trophy glinting under the lights. Smith and Dave arrive heavily championed and honoured by the BRITs and the Ivor Novellos respectively, a clear sign – following recent nods for Stormzy and Boy Better Know – that the indie world is producing artists whose impact resonates further than most.

Wow. Thank you to all the nominees, hosts, judges, attendees, sponsors & everyone involved in making this the best #AIMAwards yet.

What an incredible year for independent music ????

We’ll be back next year but the night is not over just yet!

See you on the dance floor? ???? pic.twitter.com/7RdgourbKJ

DJs Mary Anne Hobbs and Pete Tong and actor Stephen Graham (who starred in the music video for Goldie’s I Adore You) lined up to pay video tributes to the drum’n’bass icon and Metalheadz founder, prior to him collecting the Pioneer Award. Goldie, for his part, gave a short but sweet speech, namechecking Downtown, Cooking Vinyl and his manager Karl Nielson, among others. “Reinvention means a lot to me, I’ve always had to reinvent myself,” he said, adding that the AIM honour would take pride of place in his Thailand home. There was an obligatory nod to “the ‘90s”, and Goldie alluded to his current fixation with classical music when he said he’d display the award next to “a score”. “Not a score of drugs,” he added, with a smirk, “a musical score”. Seconds later, Goldie was backstage with Jazzie B – who headed towards the table laden down with crisps – to catch up with Music Week about the wonders of “selling records from the back of a car” and why it’s important to listen to “every single demo that comes in”. Look out for more from our chat with Goldie on musicweek.com soon.

By Ben Homewood and James Hanley