"It's an amazing roster": Stacey Tang and Manish Arora appointed co-MDs at Columbia 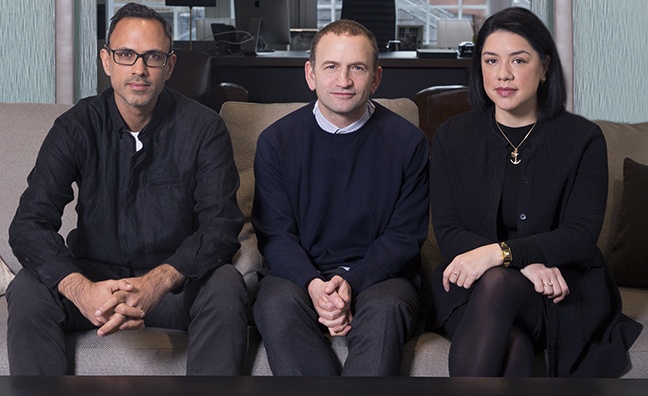 Stacey Tang and Manish Arora have been appointed as co-managing directors of Columbia Records UK, as exclusively revealed in the latest issue of Music Week. The pair will report to label president Ferdy Unger-Hamilton.

For Tang, it’s a step up from her current role of general manager, to which she was appointed in 2015 following a spell in senior marketing positions. Prior to 2012, she was a senior marketing manager at Atlantic UK.

Tang said: “This opportunity is incredibly exciting and I am grateful to Ferdy and Jason [Iley, Chairman and CEO, Sony Music UK and Ireland] for the recognition and their support. I work with an incredibly talented and diverse team at Columbia; they’re undoubtedly the best in the business and I’m thrilled to be building the label’s future successes with them.”

Unger-Hamilton added: “I am delighted to have Stacey and Manish as the new driving force of Columbia. Their combined skills in marketing and promotion; their innate understanding of today’s market and their hunger for success, means there are no two people better equipped to help me and the whole team take the label into the future.”

Manish Arora was Polydor director of promotion for five years and delivered campaigns for artists including Elbow, Ellie Goulding, Kendrick Lamar, Lana Del Rey, Lady Gaga and Years & Years. He has worked alongside Unger-Hamilton at both Virgin Records and Polydor.

Arora said: "I am very excited to be joining the newly invigorated Sony Music UK. Columbia’s reputation for being one of the most committed and artist-friendly labels is borne out in its amazing roster and I had always dreamt of joining the team there. The opportunity to reconnect with Ferdy, who cares more than most and has nurtured so many artists and executive careers over the years, and to work with the young team he already has assembled, was a big draw. Columbia are having a fantastic year under him and I look forward to building on that with the whole team.”

Unger-Hamilton became president of Columbia Records UK in October 2016. In the past year, he’s had major success with the year’s biggest breakthrough artist, Rag’N’Bone Man, who was signed by A&R director Julian Palmer. The performance of Rag’N’Bone’s Human, as well as five other No.1 albums from Kasabian, Foo Fighters, Harry Styles, The Script and Arcade Fire, has boosted artist album year-to-date market share from to 6.5% from 3.8% at the same point in 2016.

To read the full story in Music Week, including exclusive interviews with Unger-Hamilton, Tang and Arora, subscribers can click here.