'It's been a global approach from the word go': Capitol's GM on the Sam Smith comeback 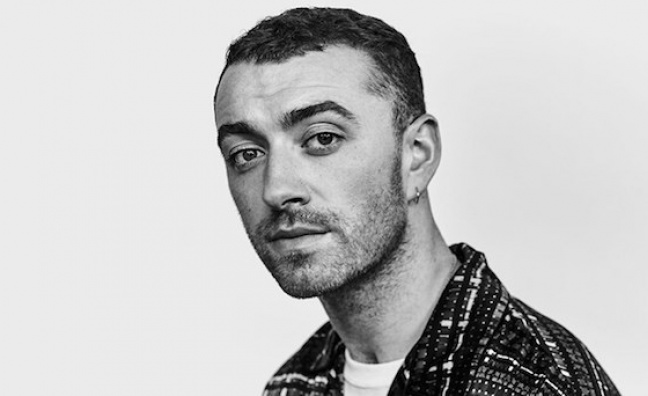 Capitol UK GM Murray Rose has told Music Week of his ambitions to propel Sam Smith’s second No.1 album “beyond” the success of the multi-million selling debut, In The Lonely Hour.

The Thrill Of It All powered to 97,375 sales in its first week, according to the Official Charts Company. Meanwhile, lead single and former No.1 Too Good At Goodbyes moved 7-3 on sales of 36,921.

Speaking in the latest issue of Music Week, Rose said: “We were lucky enough to have a lead single that was an out-of-the-box streaming smash. Prior to release you never know exactly how something’s going to perform but it’s exceeded all our expectations.”

While The Thrill Of It All fell just short of equalling the first week performance of the 2014 debut, Rose remains bullish about the follow-up’s prospects in matching In The Lonely Hour, which has moved 2.3 million in the UK.

“We’ve got ambitions for that and beyond all being well,” said Rose. “It’s a brilliant album with great songs on it, so there’s no reason why it can’t do that and beyond really, that’s the ambition we’ve got [in the UK] and globally.”

The international plot is key to the campaign for The Thrill Of It All with a coordinated approach alongside Capitol in the US. Across all territories, Capitol said the album was on course to rack up 1m sales in its first week and its already making an impact on international charts.

“It’s been a global approach from the word go,” added Rose, who praised the campaign’s “tentpole moments” including a performance on Saturday Night Live.

The album continues to sell strongly this week though is set to be toppled by Taylor Swift on Friday (November 17).

Subscribers can read the full story on the Sam Smith comeback here. To subscribe and never miss a big industry story, click here.