'It's going to be spectacular': BPI gets ready for blockbuster BRITs show 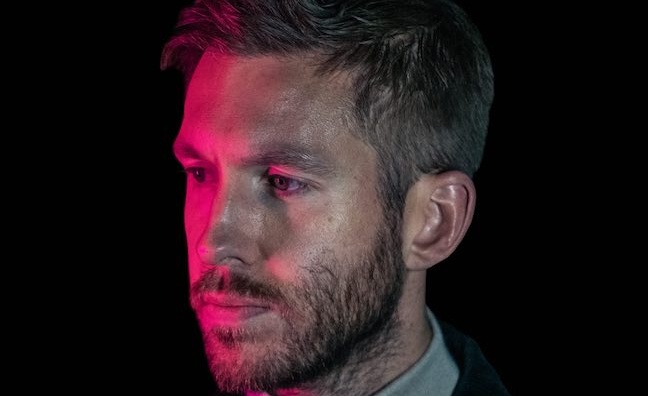 In the latest issue of Music Week, we’re getting ready for the BRIT Awards with showrunner and Sony Music UK CEO/chairman Jason Iley, underdog nominees Idles and Critics’ Choice winner Sam Fender, as well as speaking to key players about each of the long-players up for the Mastercard British Album award.

With a quieter 2018 for breakthroughs and album sales, this week’s BRITs ceremony needs to accentuate the positive for UK music and try and win back TV audiences. Here, BPI and BRIT Awards chief executive Geoff Taylor takes Music Week inside the preparations…

Is the BRITs 2019 a celebration of success for UK artists?

“Very much so, we’ve got a very strong line-up of British acts performing on the show this year, reflecting the breakthroughs and strong British talent. We’re feeling really positive about the show, it’s going to be very spectacular this year and demand for tickets has been very high. Everybody is feeling good about how the show is going to look and feel.”

Will the Calvin Harris collaborations be a big part of the show?

How significant is the global audience for the BRITs?

“We’ve been growing our digital audience alongside the TV audience, and we very much regard the digital audience as a core part of the show. The YouTube live stream reached 1.5 million people, so that is a substantial addition to the TV audience and we’re always trying to reach fans right across the world. It’s very encouraging to see how much engagement there is for the BRITs in the United States, in Latin America, across Europe, and even in Asia despite the time difference.”

How do you square the digital partnership with YouTube Music and your on-going criticism of YouTube over the value gap?

“I’ve always said on this issue that we call them out when we disagree on their policies. We continue to disagree with YouTube’s position on the value gap, we continue to believe that the free tier of YouTube doesn’t return enough value back to the entire music community and that that needs to be fixed. But at the same time, the YouTube Music subscription service is a very positive development, we want to see that thrive and succeed. It’s a really good service that pays the music industry properly, and of course the more users on YouTube that we can encourage to become subscribers then that helps to solve our differences with YouTube. It’s very much in the music industry’s interest that subscription services succeed - and the BRITs is a marketing platform to achieve just that.”

Can their involvement as a partner help educate a mass TV audience about streaming?

“We’ve always seen the digital market as an important integration into the show, because not only does it help to deliver some reach for the BRITs but it’s also something which helps to encourage more TV viewers and more people to engage with the show and to explore music streaming. We’re about promoting the artists and encouraging people to engage with them and consume their music.”

Pink is the first recipient of the Outstanding Contribution award to come from outside the UK or Ireland. Did you consider the global audience in that decision?

“Very much so, she’s a spectacular performer and she will really add something to the BRITs in terms of just how amazing her performance will be, it’s absolute must-watch TV. She’s a performer who’s achieved a great amount in her career, who’s had great popularity in the UK but also globally and deserves the recognition.”

Will she help the show’s global reach?

“That’s something that we always try to achieve, we try to make sure that we create a bill that will attract a very strong domestic audience that will also appeal internationally. She’s on the show for that reason and we’re really excited to have her.”

Ratings were down last year – is that a concern?

“It really isn’t like for like every year, obviously consumption patterns are changing but that’s why we very much try to get ahead by growing our digital and social reach. So we don’t just look at the TV audience in isolation, we look at our total audience. We look at the growth in the social engagement for the BRITs, we now have more than 3.5m followers across our different social channels. The red carpet live stream on Facebook had 6m viewers last year. We look at this as an integrated strategy. While clearly there is more of a challenge now in reaching, in particular, younger viewers for terrestrial television, what we do see is that the BRITs massively outperforms other shows for ITV in terms of its reach for 16-35s. We attract a much younger audience to television than is normally the case and that’s a real strength of the show.”

Pick up the latest issue of Music Week for our massive BRITs preview.