Jeremy Wright: Who is the Culture Secretary? 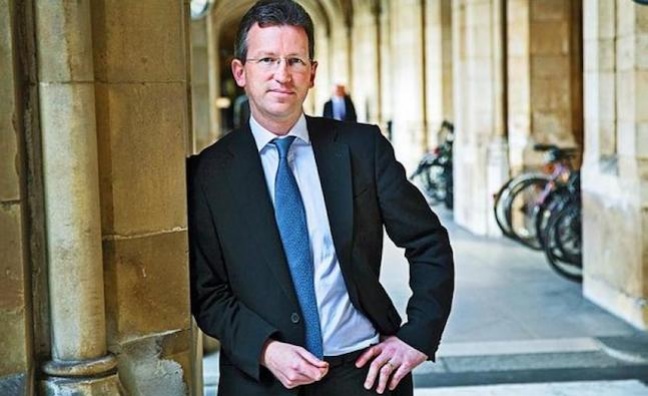 The music industry is today getting to know the new Secretary Of State For Digital, Culture, Media & Sport, Jeremy Wright, as he takes on the role following the reshuffle enforced by Brexit resignations.

The role has been subject to ministerial churn with Wright the fourth Culture Secretary in the last two years. While the industry was on friendly terms with Matt Hancock – newly appointed as Health Secretary – and John Whittingdale, neither Karen Bradley nor Sajid Javid made much of an impact with the biz.

The tabloid media have been quick to mock Wright, as he is responsible for digital policy yet has an inactive Twitter account with just a handful of Tweets. Shadow Culture Secretary Tom Watson congratulated the new minister though teased Wright over his absence from social media. Wright appeared to have fixed that with a new Twitter handle, though the account’s subsequent suspension suggests it was a prank.

Congratulations to Jeremy Wright, my third Secretary of State at DCMS who is in charge on Culture, Media, Sport and Digital. I can’t find him on the digital medium of Twitter but I’m sure that’s just an oversight. ????

As Attorney General for the last four years, the lawyer and QC has not had any connection to the music industry. But his legal background could be an asset in the event of EU copyright reform being passed in the autumn. A Remainer in 2016, he will also be the industry’s point man in Whitehall as Brexit is passed – unless there’s a change in government before spring 2019 that makes his appointment even more short-lived than Hancock's six months in the post.

Nevertheless, Hancock made his mark with measures on secondary ticketing and grassroots venues, claimed to be a fan of grime and was spotted at gigs by artists including Sigrid. But Wright has no obvious connection to the music industry. The MP for Kenilworth and Southam’s mother was a music teacher, though his main interests are listed as golf and cricket.

“I enjoy listening to music and I used to play the trumpet, but I can barely get a note out of the instrument these days,” Wright notes on his homepage.

Geoff Taylor, chief executive BPI & BRIT Awards, said: "We congratulate and offer our very best wishes to Jeremy Wright on his appointment leading DCMS. He comes to a busy desk: the European Copyright proposals to fix the Value Gap need strong support, the Creative Industries Sector Deal implementation has begun and the Digital Charter White Paper will be a great opportunity to deal with online harm with greater responsibility from intermediaries. He has plenty on his plate and we are keen to start work with him.

"We sincerely thank Matt Hancock for his energy and for the passionate commitment he has shown protecting and promoting music and the wider creative community. His strong support on the Value Gap has been invaluable and his thoughtful interventions on the Digital Charter helped pave the way for the UK to be at the forefront of a modern approach to internet responsibility. We congratulate him on his appointment and wish him well in his important new role."

UK Music chief exec Michael Dugher said: “Secretary of State for DCMS is widely regarded as the best job in government and I’m looking forward to working with Jeremy Wright. He is blessed with a department that has a great ministerial team in Margot James, Tracey Crouch, Michael Ellis and Lord Ashton, and he has some of the best civil servants in the country at DCMS, especially those working in support of the creative industries.

“The new Secretary Of State has a busy in-tray: the battle in Brussels goes on as we try to tackle the value gap, whereby the likes of Google’s YouTube continue to make a fortune without fairly rewarding creators and investors responsible for content. We need to ensure artists can continue to tour the EU without costly bureaucracy and that musicians can come to the UK to record and to perform – from classical to pop – after Brexit. We must deliver the protections that grassroots music venues deserve and were promised. And we must ensure that every young person, regardless of their background, is given every opportunity to access music, including in education, so that we continue to develop the world-class talent that Britain is renowned for.”

He added: “On behalf of UK Music, I’d like to say a big thank you to Matt Hancock. He has been a very good friend of UK Music, always willing to engage and listen, and to take up our fight. He proved to be passionate not just about digital, but became a great champion of the British music industry, a committed believer in diversity and a tireless defender of the intellectual property rights of creators that are behind Britain’s world-leading music industry.”

A big personal thanks to @MattHancock. He has been a good friend in my first year at @UK_Music. A great champion of British music, a passionate believer in diversity & a staunch defender of the intellectual property rights of creators that are behind its world-leading success.