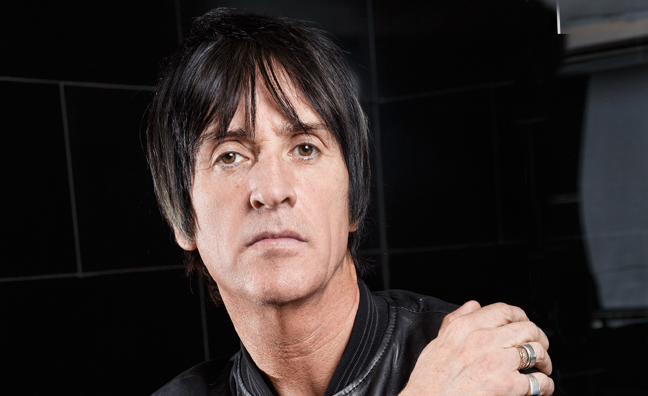 Johnny Marr has been announced as the headliner for AIM Independent Music Awards’ first ever live show.

The former Smiths guitarist will also pick up AIM’s Pioneer Award at the ceremony, which is relocating to Camden Roundhouse on September 3 following a long run at The Brewery.

Marr said “Independent music is one of the things the UK does best, and it is great to see it celebrated. It’s a privilege to be awarded the Pioneer Award and I’m looking forward to taking part in this year’s show not only as a recipient but as a performer too.”

BBC Radio 6 Music presenter Lauren Laverne will host the event, which will mark 20 years of the Association Of Independent Music (AIM).

“Independent music continues to produce some of the most innovative and exciting artists in the world," said Laverne. "It has been my pleasure to support them over the years and I’m thrilled to be leading this celebration of independence as the host of the AIM Independent Music Awards 2019."

CEO of AIM Paul Pacifico said: “In the year of AIM’s 20th anniversary, it is absolutely appropriate that the AIM Awards steps up a gear and transitions to the legendary Roundhouse. Our first ever live show will feature some of the world’s greatest independent legends and rising stars - a suitable celebration, in size and spectacle, of the creativity, hard work, talent and diversity in the UK’s independent music community.”

The AIM Awards comprises 16 categories including Independent Track and Album, Pioneer, Indie Champion, Small Label and Independent Label. The award for Best Live Act is decided by a public vote, while a judging panel of music journalists and tastemakers will decide the remaining categories.

For this year, AIM has introduced One To Watch, a free to enter category that champions fast-rising, grassroots independent artists. The deadline for submissions has been extended until noon on Monday, June 24. Submissions can be made on the AIM Awards website.