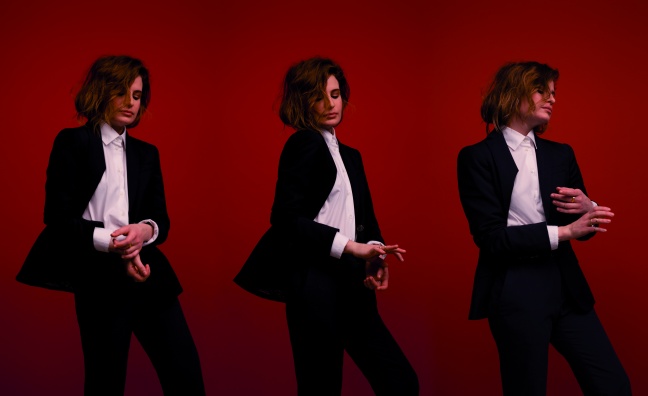 What's your favourite album of the year? And who was responsible for the best single? Every year, these two questions spark debate, ire and excitement across the music business.

It's unlikely you'll agree with every choice here, you may not even have time for a single one, but read on to find out which records the industry have been digging this year, and look out for part two very soon.

Ferdy Unger-Hamilton, president, Columbia UK
I really like both the Bon Iver record and the Leonard Cohen one.

Mark Meharry, CEO, Music Glue
Track: Michael Kiwanuka’s eight-minute statement of intent in Love & Hate showed you can still break the rules.
Album: The visceral beauty of Slaves’ Take Control and their live performance at Reading made it my firm favourite album this year

Robert Ashcroft, CEO, PRS For Music
Track: Gregory Porter -Take me to the Alley from the album of the same name. Last week I heard his music being played in a local restaurant in Beijing. Onwards and upwards for copyright in China.

Mark Collen, EVP international operations, Sony Music UK
Track: The 1975 - Somebody Else
Album: James Blake - The Colour In Anything

Phil Savill, Managing Director, Sony Music Commercial Group
Track: I loved Justin Timberlake’s Can’t Stop The Feeling!, it’s the perfect pop song. Every so often a track like Happy, Get Lucky or Uptown Funk comes along which grabs you instantly, it feels familiar the first time you hear it, but six months later you still haven’t tired of it – Can’t Stop The Feeling! is one of those songs.
Album: As a counterpoint to that, I love the melancholy of Leonard Cohen’s You Want It Darker, full of his pathos and wit delivered in his rumbling voice. It is the work of a true genius.

Andy Varley, President, Insanity Records
Track/album: White Ferrari from the Frank Ocean album Blonde was a real stand out track for me.  I think we all waited such a long time for the album to come, and it definitely lived up to expectations.

Kim Frankiewicz, MD Imagem Music UK
Track: The Weeknd - In The Night
Album: Solange - A Seat At The Table

Jo Dipple, chief executive, UK Music
Track: David Bowie - I Can’t Give Everything Away
Album: David Bowie - Blackstar. Losing important artists is hard but to lose one as inspirational, influential and world-changing as him, as well as songwriters and poets like Leonard Cohen, makes me feel 2016 has been terribly gloomy.

Chris Price, head of music, BBC Radio 1 and 1Xtra
Track: Calvin Harris and Rihanna - This Is What You Came For. I loved it so much we added it straight to the A list and took the Radio 1 Breakfast Show to Calvin’s LA home to launch it.
Album: Blossoms - Blossoms. Blossoms’ eponymously entitled debut album delivered on all fronts; a fine body of work packed with great radio singles that saw them rise from BBC Sound of 2016 to the Radio 1 A-list and then the top of the album chart in the space of a year.

James Donio, president, Music Business Association (Music Biz)
Track: Justin Timberlake - Can’t Stop The Feeling!. This is always a tough question to answer given the multitude of new music I am lucky enough to hear every day. But, I would have to say my favorite new track would be Justin Timberlake’s from the Trolls soundtrack. I’ll confess, I am a died in the wool mainstream pop fan.
Album: Barbara Streisand – Encores. My favorite album of 2016 would have to be Encores, featuring duets with movie stars singing Broadway tunes.

Paul Williams, president, ASCAP
I'm excited about all the great music released in 2016, and how so much of it was embraced by audiences across genres. As the president of ASCAP there are so many incredible songs I listen to - asking me to name one would be like picking a favorite child!