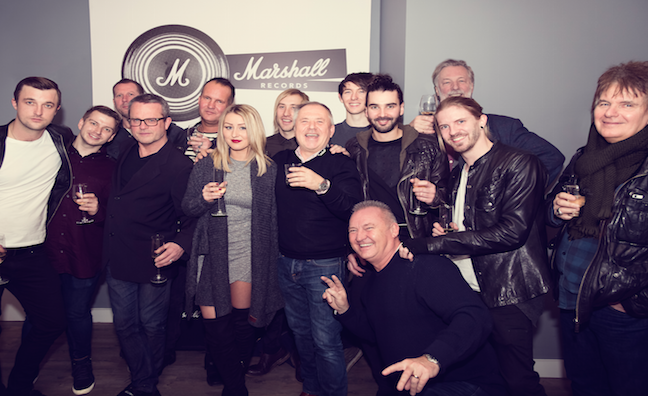 Marshall Records has made its first signing in the form of Welsh rock outfit The Dirty Youth.

As exclusively revealed by Music Week in July 2016, Marshall Records launched as an offshoot of the famed Marshall guitar amplification brand. Headed up by record producer Rob Cass and former IRS Records man Steve Tannett, the label declared that it would look to sign the most exciting new and heritage rock acts.

Now, the label has made its debut signing with The Dirty Youth.

The band’s manager, Rob Ferguson, told Music Week: “This is a milestone for them and a milestone for us. We spoke to various major labels, but it’s a very cagey world out there with majors and they don’t take risks like they did in the old days.

“Marshall seemed to have a very different approach. They are a global brand as a result of their core business, so their reach is phenomenal and their motive for being involved in music is championing new talent.”

The Dirty Youth are set to release an EP via Marshall Records, followed by an album later in the year.

“When we met the band we really liked their energy,” Tannett said. “We thought they’d be a great fit for us. Now we’re about to go into Abbey Road and put some of this magic down.”

For more on this exclusive story, pick up a copy of the new issue of Music Week, out now.