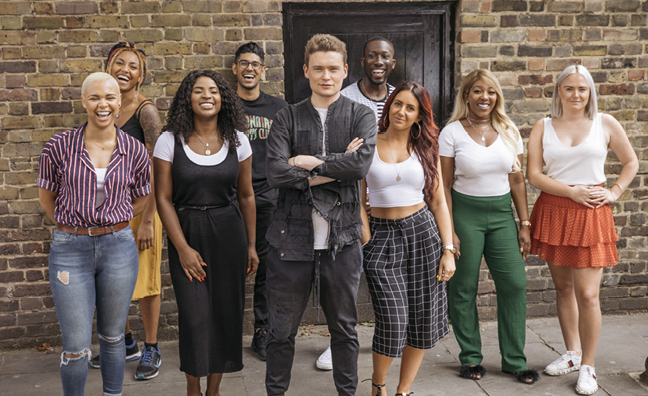 RCA president David Dollimore has told Music Week that record companies must “get with the programme” as he implements changes to his team to reflect a “fluid” music industry.

The former Ministry Of Sound MD took over from Colin Barlow at RCA in December 2016, and is celebrating a “new phase” for the label.

The new arrivals boast experience across brands, television, labels and management. O’Loughlin-Hoste first arrived at Sony as an intern, and told Music Week: “Bringing in new creativity is only good, expect more greatness and bigger and better campaigns.”

Dollimore said RCA, which leads the singles market share list for 2018 so far with 11.1%, is deliberately breaking with traditional music business roles.

“You have to evolve and adapt in order to compete and to win artists’ trust,” he said. “In a modern world, where a generation is built up on social media and streaming, you have to bring in the right team.”

The president said the new staff will help locate the “tipping points that can elevate
a campaign”.

“It’s about being forward thinking. An influencer is a very important role to promote a product, whether it’s a brand, a piece of music or an artist. You need to tap into that and bring someone in that can fight for the artists on RCA.”

Dollimore noted that his past experience underlined the need to be adaptable.

“There are lots of different areas outside making or signing a record – creative, social media… We’re learning constantly because the audience is moving at such a fast pace.”

Dollimore, who recently unveiled new imprint Since ’93, said that RCA will go on to break UK talent, alongside promoting its established international acts including Pink and Shakira.

“I want us to evolve so that we’re known for breaking domestic artists. We have a new domestic roster which includes urban acts and singer-songwriters, and we’ll have a chance of getting some of these artists in the BBC Sound Poll and suddenly we’ll have hits from a few others.”

O’Loughlin-Hoste said her promotion can “be seen as an example”.

“As a young black woman, it says a lot. It’s a positive change for people in and outside the industry. I want it to be actionable change for people to see that you can be young and of colour and you can come in and learn, sharpen your tools and be taken seriously. It’s exciting.”

Dollimore welcomed “the next generation” at RCA. “We want to empower ambitious, passionate executives,” he said.