MUSEXPO Europe: 'It's been great watching grime create its own identity' 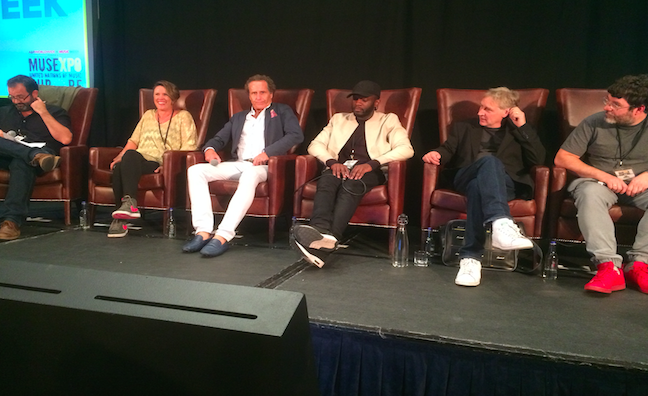 An array of prominent figures from across the industry discussed the key issues faces artists and indie labels as part of the MUSEXPO Europe A&R panel this afternoon.

Discussing the issue of gut instinct versus data, the panel was unanimous that the former is still king when it comes to deciding who to sign.

According to Allen, Decca’s core demographic still opt for physical purchases, meaning data from digital services doesn’t always apply: “A good portion of our audience are of a not so young age group, many of which are not using streaming services. We’ve always been about gut over data.”

Marshall agreed, adding: “I’ve never been a fan of stats. So many great acts would never have made it through if we relied solely on data. Today’s content gatekeepers won’t let anything in without data to back it up.”

“You should ignore data for as long as possible, and only use it when you really need it. Then it can be really useful.”

The panel also discusses the cyclical nature of genres, as well as the development of grime.

Marshall said: Rock and roll will never die, but sex and drugs and rock ‘n’ roll doesn’t really exist anymore. And that has an impact on the music and culture.”

Glass stated the throughout his career he has sought to sign trend-setting acts, as opposed to signing artists riding the crest of a sudden surge in popularity of a given genre.

“I try to find something original and stick with it, rather than jump on to a popular trend once it’s been established.”