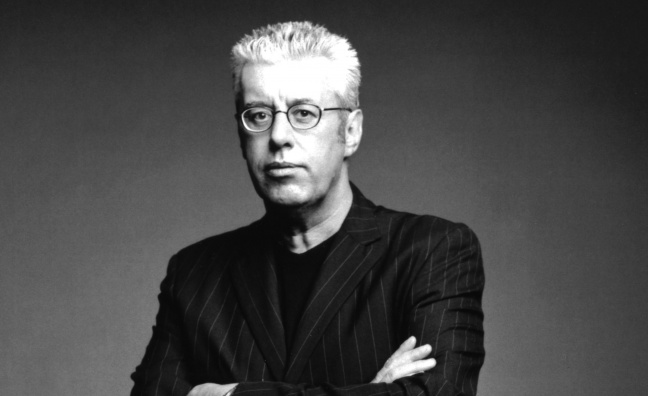 Artists and executives from across the music business have been paying tribute to former Virgin Records boss Ray Cooper, who sadly passed away on July 28. He was 69.

The British exec ran both Virgin Records UK (as co-managing director) and Virgin Records America (as co-president) – in tandem with current Capitol Music Group boss Ashley Newton – in a storied 46-year career that saw him become the marketing powerhouse behind acts such as U2, the Spice Girls, the Rolling Stones, Janet Jackson and many more.

He also served at Island Records, Transatlantic Records, Anchor Records, Jet Records and his own imprint, Circa Records (again with Newton).

Newton paid fulsome tribute to his friend and long-time business partner, saying: “I had the wild good fortune to be both a close friend and business ally with this vibrant, fearless, talented and kind man. Together, across several decades and labels, Ray and I were blessed to be consistently in the orbit of immensely important music — but like everyone around him, I was forever surrendering to his ridiculously sharp and eccentric sense of humour. We literally laughed through the ages and I will miss him more than words can express.”

Virgin Records founder Sir Richard Branson described him as “an extraordinary delightful individual and an incredible talent”. “Virgin Records would never have grown into the music force it became without him,” he added. “Much, much love to his family.”

“I am saddened to hear of the passing of Ray Cooper,” said former Spice Girl Victoria Beckham. “Ray’s guidance, support, creative and marketing ideas from the very beginning were invaluable to the success of The Spice Girls. It was obvious to all who spent time with Ray that he was not only a favourite to his team, but also a favourite to artists and their managers. Ray had passion for life and his work and it showed in his many successes. I will be forever grateful to Ray Cooper. Ray - Rest In Peace.”

Former U2 manager Paul McGuinness said: "When U2 were signed to Island Records in 1980, every label but Island had passed. It was hard to get attention for U2 at first but we had some staunch supporters at Island - including Ray Cooper in sales and then marketing. The first two U2 albums, Boy and October didn't have much success but War went to No.1 in 1983 which became the norm for U2 from then on. Ray was a delight to work with, ingenious and energetic. His subsequent career with his buddy Ashley Newton at their own label Circa and then Virgin was always interesting to observe. Sorry to lose such a smart music man."

Another former Virgin colleague, former UK president Paul Conroy, said: "Ray and I had been friends for many years before we had the opportunity to work together at Virgin. He was a larger-than-life character who lit up a room. He had a passion for music and the artistes he worked with. The years we worked together were very special and I miss him already.”

"Ray and I first met in 1973 when we worked together at Transatlantic Records,” said close friend Martin Lewis, co-creator and producer of The Secret Policeman’s Ball series. “We were babes in the music industry woods. He knew nothing about the business. And I knew even less! We immediately bonded as blood brothers and stayed close over the next 45 years. Over the decades, I watched with pride as my friend grew in skill, smarts, insight, creativity and perseverance until he towered over the industry like a benevolent marketing Colossus. And, although he reached the very peak of the music world, he still retained his cheeky, cheerful, caring, loving, punning, laughing soul. He was - and will always be - a Ray of eternal sunshine in our lives..."

Cooper was a rare exec who worked his way up from local sales rep to running huge labels. He started his career in 1972 as a sales rep at indie folk/blues/jazz label Transatlantic, moving to Ian Ralfini’s Anchor Records and then Don Arden’s Jet Records (where he helped ELO to huge success) in the late-70s.

His perfectly-balanced partnership with Newton began in the mid-80s when Cooper was marketing director of Island Records UK (having been hired as sales director by Chris Blackwell at the start of the decade) and Newton was in A&R. After launching Circa Records and breaking artists such as Massive Attack and Neneh Cherry, they sold the label to Virgin, whose vice-chairman Ken Berry made them co-MDs under Conroy.

In 1998, after huge success with the Spice Girls, The Verve and Daft Punk, the pair transferred to Los Angeles to run Virgin Records America, where they enjoyed success with the likes of Lenny Kravitz, Janet Jackson, Smashing Pumpkins, N.E.R.D, The Rolling Stones and David Bowie.

After leaving Virgin America in 2002, Cooper stepped back from a downsizing biz but still worked as a consultant for the likes of virtual reality company Magic Leap. He also masterminded the music marketing campaign for the 2006 Best Picture Oscar-winning Crash.

Cooper was renowned for his artist-friendly approach to marketing, and will be remembered by many in the UK biz for his generous nature and sense of humour as well as his huge success.

In a letter to his first boss, Transatlantic’s Nat Joseph, having become Virgin America co-president, he wrote: "I have lived a very privileged and amazingly diverse life. But without your push, drive and encouragement, I could never ever have imagined myself as a successful career-minded individual. I was a pot-smoking, wild-eyed, lazy, dole-addicted, relatively useless member of some hippie society, until you decided to send me out in a mini-van to sell your madcap music ideas to the world of unsuspecting UK record retailers! I got here all because of your rallying call, 'Get out there and sell more! You're a born salesman!'"

In recent years Cooper had battled Progressive Primary Aphasia, a condition that affects the brain’s ability to communicate.

His funeral will be an intimate family affair, although there are plans to honour him with celebrations of his life later in the year in London and Los Angeles.