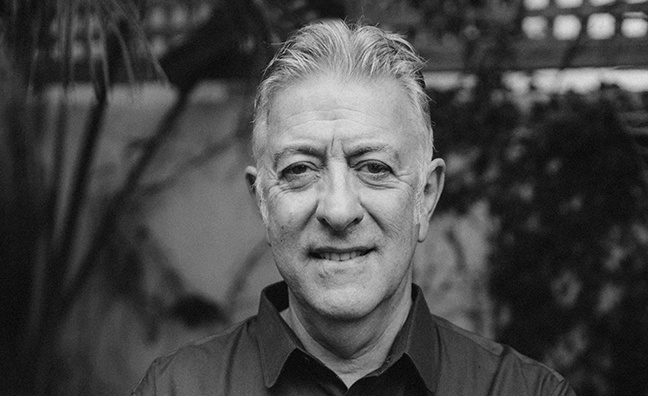 A number of artists and leading figures from across the music industry have been paying tribute to the late Nigel Grainge, who died last week following complications from recent surgery.

One of the music industry’s most revered executives, Grainge, older brother of Universal Music Group CEO Sir Lucian Grainge, began his career in the mid-1970s when he launched his own label, Ensign Records. He played a significant role in launching the careers of numerous high-profile acts, including Boomtown Rats, 10cc, The Waterboys, Thin Lizzy and many more.

Speaking to Music Week, Bob Geldof said: “I don’t know what this errant, mouthy, knobhead paddy would have done had Nigel not come along and hit me with the record stick,” Geldof said. “God knows what would have happened to me or the other guys. When I got the news I walked out of my house in Kent and it was a beautiful evening and I thought, I have this because of that guy. Literally it is that direct line in telling me what I had to do. He just understood that something could be made of this. And then for him to be a friend… It was just a privilege knowing that man.”

After selling Ensign to Chrysalis in the mid-‘80s, Grainge went on to launch publishing company Dizzy Heights. His most recent venture was the LA-based start-up TunesMap, which is currently working with several major music companies.

Daniel Lees, head of product, TunesMap, said: “As a cofounder of TunesMap, Nigel was its deep wellspring of inspiration. Drawing on his definitive digitised record collection, the idea was to lay open the rich cultural scene around the world of music - seeing a song as well as hearing it. Before the patent, or the team; before there was a product, or even a clear vision of what we would come to build, there was Nigel. His razor-sharp musical memory was the first operational version of TunesMap. Analysing and preserving music history, as well as exploring new trends and sounds, was Nigel's true calling; he was a walking encyclopedia of music and culture. The never-ending plethora of knowledge, insight, and opinion that Nigel brought to every conversation inspired all those who came into contact with him. Whether discussing new music in the office, lecturing a crowd at his synagogue, or showing up to a party with his own carefully curated playlist, Nigel brightened any room in which he entered. Nigel was a wonderful friend and human being. He may not have always agreed with varying opinions on music, movies, or television, but he would make the experience of arguing a case enjoyable. With his infectious laugh, bright smile, and caring heart, Nigel was a fixture in the lives of everyone close to him. All of us at TunesMap will miss Nigel in ways difficult to put into words. We will be forever grateful for his friendship, and remain inspired by his wisdom and expertise. Wherever he is now, Nigel has found an aux cord and has a playlist ready to go.”

Meanwhile, The Waterboys’ Mike Scott celebrated Grainge’s commitment to the band during their formative years: “Nigel was a fan of my music when no one else was interested. He signed me when there was no buzz because he had the courage of his convictions and trusted his ears. He was dedicated and committed to developing The Waterboys over a long period of time and poured time and money into us.  We often disagreed, but he taught me a lot about the listening public and their perceptions, pointed me in the right musical direction, and by arguing with me passionately toughened me up and helped me develop perspective on my own work. I had to, otherwise he would have taken over! This was a mighty gift. Most artists - if they're lucky - have one guy who is formative in their careers, and Nigel was mine. A few weeks ago I was wondering what he'd think of the new Waterboys album and whether he would be proud of me. I was looking forward to sending him a copy. Now I'll never know, but I'll never forget the lessons I learned from him, or the essential warmth of our friendship.”

Jeremy Lascelles, CEO, Blue Raincoat Music and Chrysalis Records, also hailed Grainge’s passion for music: "If ever the phrase “a true music man” fitted anyone it was Nigel. His love and passion for music will be my overriding memory of him. It was always a delight to engage in long detailed conversations with him about the music we both loved, however obscure, always trying to convince each other of the merits of our particular favourites - and often succeeding. It had been a real joy for me to re-connect with him in the past year since we became effective custodians of his iconic Ensign Records, and as ever he was bursting with enthusiasm about various alternative versions, outtakes and demos that he thought would make interesting additions to future re-issues. His love and passion for the thing that drives us all to do what we do should be an example and inspiration to all of us who work in the music business.”

Long-time friend and owner of Impressive PR, Mel Brown, also paid her respects: “I am absolutely devastated to hear the awful news of Nigel’s passing. He was a wonderful friend to me and we never failed to meet up when i was in Los Angeles and he in London. I last saw him in February and we went to lunch at one of our favourite LA haunts. It is a memory i will always treasure. I simply cannot believe he has gone. One of the most lovely people i have met ever and the most talented A & R man - his knowledge of new music put current A & R men to shame he was always turned me on to amazing undiscovered talent. I first met Nigel when i was 21 and worked for Arista Records during many changes at the label he was made Head of A & R and one of the bands he signed was Ezio - i was so happy when he wanted me to PR them – we had such fun working together i knew we would always be close since then and we were. A one–off! RIP.”

Mojo and Q editor-in-chief Phil Alexander also added: “While I cannot claim to have known Nigel Grainge as well as I would have liked to, his reputation preceded him. As a lifelong Thin Lizzy fan, I knew how he had signed the band following their Decca deal and championed them with his wise counsel and honesty during the most crucial of periods. To me, looking at what he did from the outside, those were the qualities that seemed to define him: an ability to champion the artists he signed while talking to them in a frank way about what they wanted to achieve, and what he thought they could achieve. This ability to speak freely and openly to those more temperamental than him stemmed from the fact that, above all, Nigel was obsessed with music.  You only had to speak to him for five minutes to know that his knowledge of records was encyclopaedic. I guess that’s what happens when your father owns a record shop. When we met last November, we talked about his work with his latest adventure, Tunesmap. After a quick bit of business chatter, the conversation turned to the kind of chat music nuts have – largely the trauma of the storage required when you have more records than you can genuinely play in a lifetime. Above all, that’s what Nigel did: play records and love them for the whole of his life. He was a real record man, and his enthusiasm and passion will be missed. Farewell, Mr N-Sign.”