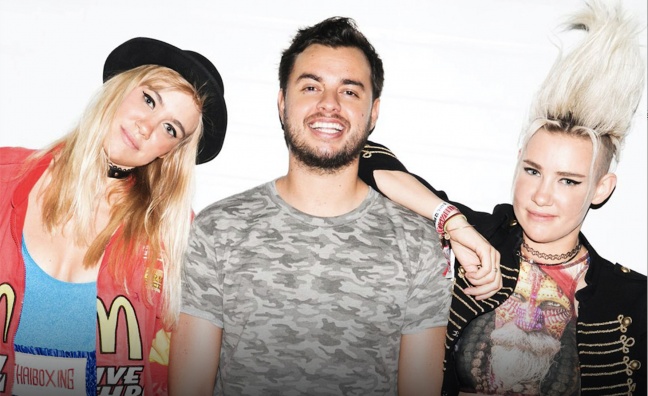 The TV show, titled Studio Sessions, will run for an hour and air every Wednesday via Spinnin' Records live.ly channel @spinninrecords.

During Studio Sessions, artists from the label’s roster will take viewers through the process of producing their latest track, while viewers can ask live questions and send emojis to express their thoughts.

“As a music label with digital and innovation at its core we’re always looking for new ways of music promotion," said Meindert Kennis, head of digital strategies at Spinnin’ Records. "We’re very excited to partner with musical.ly, one of the most influential new social media platforms. Together with musical.ly we’ve developed original content that is participatory and interactive which allows us to reach new audiences.”

The first four episodes of Studio Sessions each received more than 70,000 views and featured DJ talents Hasse de Moor and Trobi, as well as Dutch DJ’s Quintino, Lucas & Steve and Australian DJ-duo Nervo. The next confirmed artists that will be featured on Studio Sessions are artists Sam Feldt, Blasterjaxx and Mike Williams.

live.ly’s partnership with Spinnin’ Records is one of the ways musical.ly provides people a space for users to further connect with music. Additional initiatives include musical.ly’s #NextWave program that selects tracks from new and emerging artists each month and their #FirstListen and #FirstLook series that feature exclusive sneak peeks of songs and music videos from many artists.

Musical.ly also launched a new dedicated music channel on live.ly TV. Most recently, musical.ly announced a new program with Apple music that allows users to stream songs in full within the app.