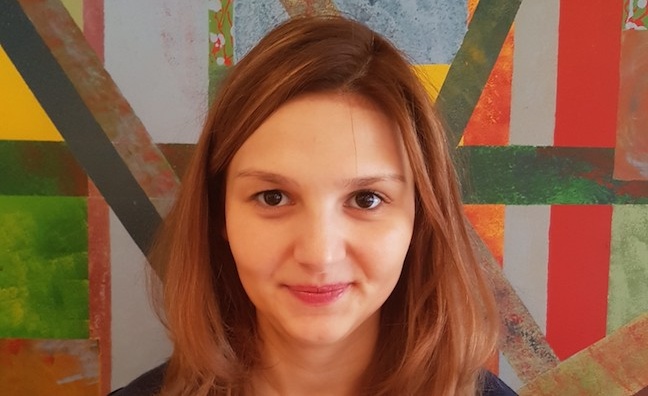 Ambassadors on board include Kylie Minogue, Sharleen Spiteri, Joy Crookes, Laura Mvula and Ray BLK. Almost 50 special NAD vinyl and CD editions have been lined up by majors and indies, including releases by Patti Smith, Solange, Roisin Murphy, Haim and Billie Holiday.

How established has NAD become and what impact has it had?

“We are now four years in and NAD is starting to feel more established and valued. Like RSD, these events can take a little while to take root, but it feels like we have a solid foundation that we can build on. I think people see too that in a rapidly changing music landscape, it’s important as an industry we support the album as a body of work and don’t show complacency towards it. Fortunately labels, retailers, fans and, most crucially of all, artists, remain fully committed to the album.

“The influence of NAD in 2020 was most felt in the Official Vinyl Chart, where six of the Top 10 and 23 of the Top 40 (over half) – were made up of titles released to coincide with National Album Day. This included at No.1 Iron Maiden’s classic self-titled debut from 1980, reissued for NAD and marking its 40th anniversary, as a special limited edition picture disc. The Stone Roses’ The Stone Roses from 1989 followed at No.2, with Linkin Park’s Hybrid Theory/Reanimation at No.3.

“NAD albums between them sold nearly 25,000 copies on vinyl format in the NAD chart week, contributing to a total of just under 112,000 copies for the vinyl market as a whole – in the process helping to lift it by 9.2% on the previous week and by just over a third (34%) on the equivalent week a year ago. It helped to make the week the fourth-biggest vinyl week of 2020 so far, and the third-highest since Lockdown. The Saturday of National Album Day itself saw vinyl LP sales rise by 24% on the previous Saturday (and 19% year-on-year), while the Friday –  the day the albums were largely all released – saw a 44% year-on-year spike.”

How is the theme helping drive media awareness and plans for this year?

“Ever since the third year, when we started having a theme for the event, we wanted to mirror what was happening in the wider cultural landscape. Last year, with the ’80s, we explored the growing affection for the decade reflected in the song influences of younger artists from Little Mix to The Weeknd, as well as in fashion trends and films and TV shows like Stranger Things or the Ghostbusters revival.

“This year it’s safe to say that society at large has paid attention to the sometimes overlooked contribution of women to our communities – from the arts to science, the economy and beyond. So it felt like a natural fit for us to also look inward and celebrate women in music – from iconic stars to lesser known trailblazers and every other talented musician in between. It wasn’t even a long discussion in the first planning meeting, our label partners embraced the theme wholly and have worked tirelessly to mine their catalogues and resurface some of the most exciting albums across a variety of genres and decades – from superstar acts to hidden gems. And it’s truly these great albums and the artists that are involved in the campaigns that are driving the plans, we just want to shine a light on them.”

Can this help bring about a reassessment of the role of female artists, songwriters and producers in defining UK music culture?

“We certainly hope so, and that’s one of the aims of NAD this year – celebrating women’s contribution across all different dimensions – from artists to songwriters and producers and beyond. Part of that will be looking to the past and shining a light on previously hidden gems and reassessing their contribution to the culture – and another part will be continuing to spotlight the incredible success and strides that have been achieved by women in music in recent years. Building on the more recent stellar achievements of Adele, Beyoncé, Rihanna, Amy Winehouse, and so on, artists such as Taylor Swift, Billie Eilish, Olivia Rodrigo and, closer to home, Dua Lipa, Little Mix and Jorja Smith are shaping a new music culture and fan engagement very much on their own terms.”

How are streaming services and physical stores both involved?

“NAD is format agnostic. Physical product like vinyl/CD is a natural fit with the campaign, as you’d expect, and our partners at ERA have done a brilliant job at galvanising record stores – from indie shops to high street and online retailers. But it’s important NAD engages with and encourages album listening across all formats, including streaming, especially if we are to futureproof album listening and purchasing among younger and future consumers.

“It’s about engaging with the album as a body of work rather than formats as such, and if for many consumers this means streaming – then it’s important we cater to that and don’t exclude that audience. So partners like Deezer, Spotify and Amazon will again be involved this year.”

What kind of NAD product will be available?

“Our label partners have been very creative with the type of product they’re putting out, and while some CD products are featured, there is heavy focus on vinyl – especially limited edition, coloured vinyl, or picture discs that will excite fans. The breadth of the releases is truly impressive – featuring albums from icons such as Amy Winehouse, Stevie Nicks, Patti Smith, Donna Summer – to alternative queens Haim, Garbage, Solange, Lykke Li – through to compilations featuring the women in the rap and hip hop underground and everything in between.

“In the digital space it’s hard to reissue albums as such, but the opportunity through social media is to weave narratives and put context around the albums and so we’re hoping that whichever way people decide to engage with the campaign – whether it’s through collecting a limited edition vinyl or discovering the story behind a lost classic from the 70s and then going to stream it, there will be something for every music fan.”

How can the event boost music sales in 2021? Are you hoping to see a strong female presence in the following week’s chart?

“Firstly there are some brilliant albums being released or reissued across different formats that should excite fans and media alike, and which retail can really get behind. And we have wonderful artist ambassadors too that we hope will help to engage media interest and coverage – Kylie Minogue, Sharleen Spiteri, Joy Crookes, Laura Mvula, Ray BLK. NAD can and does have a commercial impact, and each year, as awareness grows and more parts of the industry engages, its impact becomes more pronounced.”