'Not every artist wants to make albums': Parlophone's Mark Mitchell weighs in on the Mercury Prize 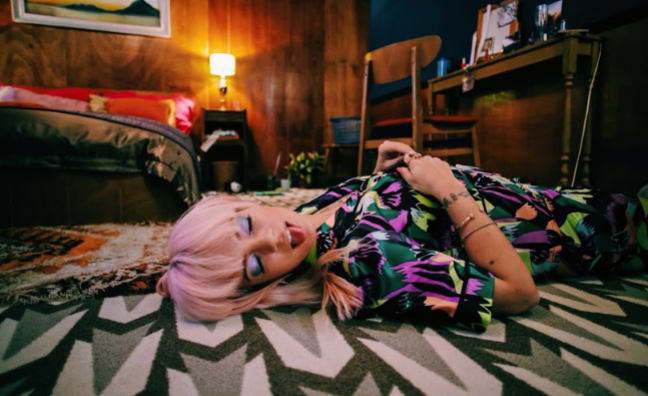 As the build up to this year’s Mercury Prize ceremony continues, Parlophone co-president Mark Mitchell has celebrated the shortlist as evidence of the “great music” being made by UK artists.

Lily Allen releases No Shame on Parlophone earlier this year, when it climbed to a peak of No.8 in the chart. Last month, it was revealed as one of 12 albums chosen by Mercury judges to feature on the 2018 shortlist.

Allen was on the red carpet at the ceremony and told Music Week that the nomination came as a surprise.

Sales of the album have risen to 15,517 from 14,439 in the week the list was announced. Mitchell told Music Week that, while the publicity around the Mercury does affect sales, the streaming model doesn’t necessarily favour the album format.

Earlier this year, Mitchell said No Shame represented some of Allen’s “best work” to date. But will it be rewarded with the Mercury Prize? Music Week sat down with the co-president to find out.

What does the nomination mean to Parlophone?

Firstly, it’s a brilliant record. It’s vulnerable and it’s very honest, it’s taken a lot from Lily to actually put that out there, I’m really proud it’s being recognised and that people will get to hear it.

Were you thinking about the Mercury in the build up to release?

I think the making of this record was very much Lily and her management, from their point of view they wanted to make the most honest and best record possible. Awards ceremonies are great because they get the public to notice what’s going on out there, but I’m not sure they would be thinking about it in the studio. It’s a great nomination to have.

How important is the Mercury Prize?

It’s still really, really relevant, people have got over the fact that it’s not a commercial prize and it really highlights some of the great music made in the UK by artists that don’t always get recognition. This year’s list is tremendous, I’m really glad Lily’s in there and hopefully, people will check it out on the basis.

Are you expecting a spike in sales?

It certainly does have an effect on sales, the main thing is it gets people to listen to it. In the streaming environment it’s very hard for [album] streams to have a huge effect on the chart.

How important to recognise the album format?

It’s a really positive move to focus on artists making albums. Not every artist wants to make albums, but those who do, as a body of work and a collection of songs that fit together around a theme, it’s still really important that we suggest that people sit down and actually listen to a whole album.

Read our report from the Mercury Prize launch ceremony here.