'One of the really good guys': Memories of former ERA chairman Paul Quirk 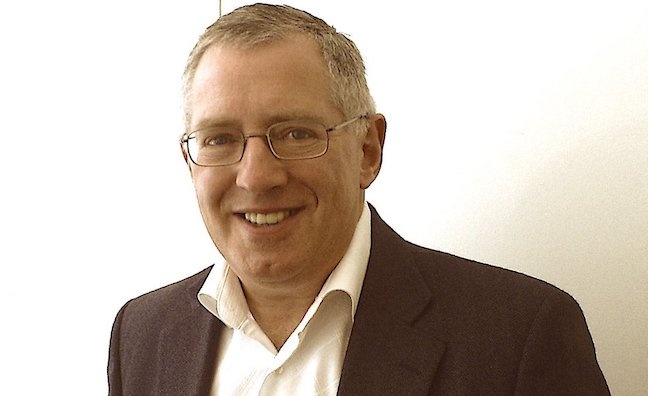 Earlier this month, Quirk died, aged 71, after a short battle with cancer.

A former Music Week columnist, Quirk was a popular and respected figure in the industry. He was also one of the prime movers behind the launch of UK Record Store Day over a decade ago.

"Paul was a huge part of ERA life and will be greatly missed by us all. He was warm, kind and welcoming and was known for always putting new record shops and ERA members at ease in what can be a daunting industry to enter. The interesting thing about working with indie retailers is that everyone is very independent with differing views on the way of the world. Paul had a remarkable way of bringing everyone together, rallying shops behind a common cause and always being the voice of reason.

“He was also very funny, and often lifted our spirits during some of the more chaotic times in the ERA office organising RSD with silly jokes and lighthearted fun. Paul always loved a night out with the ERA team too, whether it was the BRITs (of which he experienced many) or our regional record shop meet-ups - which somehow always ended up in a dodgy Chinese drinking beer till the early hours! Most of all, I will remember Paul for being a wonderful mentor. I am grateful for everything he taught me, for his patience, his kindness and most all for his friendship.”
Megan Page, ERA PR/marketing manager and Record Store Day coordinator

“Paul was a big part of the Official Charts family, serving as a director of the company for 10 years – and he was always a fantastic advocate for independent record shops, fighting on behalf of small retail entrepreneurs everywhere. I saw first hand at our board meetings just how tenacious, committed and passionate he could be about music and retail. He was never willing to settle for second best and was a genuine force of nature when he got into his stride. He will be greatly missed.”
Martin Talbot, chief executive, Official Charts Company

Paul had a remarkable way of bringing everyone together

“Paul was head of the ERA independent board when I was voted onto it. He looked after me and taught me so much. He had such a wealth of knowledge and was always pleasant and a joy to be with. I fondly remember being with him and his wife at my first BRIT awards and he just seemed to know everyone. Very sad loss indeed.”
Tony Boothroyd, Vinyl Tap and ERA board member

“I had the pleasure of sitting on the ERA board with Paul for a number of years. He bought a wealth of knowledge and experience, was an unwavering supporter of entertainment retail and a passionate champion of Independent stores in particular. Paul had a story, an anecdote, a reminiscence or a joke (sometimes funny, sometimes unrepeatable) for every occasion. His death is a huge loss to the entertainment industry; he will be missed by all who were lucky enough to know and work with him.”
Michael Mulligan, former Tesco head of music

“I was deeply saddened to hear of Paul’s illness and recent passing. In all the years I have been involved with ERA, Paul has been continuously driven, positive and generous. His wealth of knowledge and kind heart meant that he was a rock for many indie record shops who needed advice and guidance. When I took over from him as ERA indie chair, he sent me the loveliest long email full of words of encouragement and support. His passion, enthusiasm and storytelling will be much missed by our whole sector. RIP Quirky.”
Natasha Youngs, Resident Music

“Paul was a champion of independent record shops and somebody I regarded as a true friend. Often when I was visiting the record shops of the North West, Paul and his lovely wife Shelia would put me up at their home to save me spending money on hotels. He was a huge help to me in writing the Last Shop Standing book, giving me lots of contacts and fantastic support. We interviewed Paul for the Last Shop Standing film too and he told us of watching the Beatles at The Cavern and gave an insider;s guide to the golden age of record retailing back in the 1980s. Every record shop in the country should be thankful for the work Paul did. Thoughts are with Shelia and the family. He will be much missed.”
Graham Jones, co-founder Proper Music Distribution and author

His warmth, enthusiasm, and tenacity were infectious

“I used to see Paul every year at the BARD music conferences held in London or Birmingham some years ago. He was a genuinely nice man, one of the really good guys. He always fought so hard for the indie sector and made himself available at all times for any of us who had problems or questions. I’m sure shops like David’s wouldn’t be around now if it wasn’t for Paul. He worked tirelessly for ERA, especially with the rest of the board to make RSD the success it has now become. We’ve sadly lost a passionate music lover, an ambassador for UK record shops and a true gentleman.”
Andy Oaten, manager, David’s Music

“I bet plenty of people aren't even aware of how much work Paul did behind the scenes to champion shops like ours, through the good times and the bad times – he worked tirelessly for our community of shops and he truly cared about the indie sector. On a personal note, Paul really encouraged me to step outside of my comfort zone as a newly elected member of the ERA independent board. His warmth, enthusiasm, and tenacity were infectious. He will be truly missed.”
Ashlie Green, David's Music and ERA board member