'Paul has been dedicated to the school': Paul Burger steps down at BRIT School 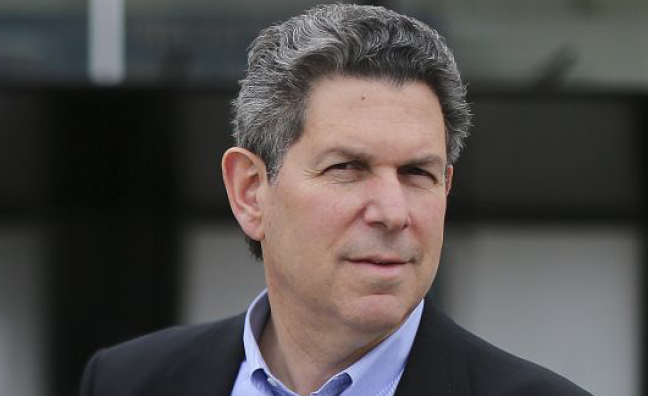 Paul Burger has decided to step down as chair of governors at the BRIT School after six years.

As revealed in the latest issue of Music Week, he will leave the role after serving two terms at the end of the academic year this month. Burger will stay on as a school governor.

Burger, founder of Soho Artists and former president of Sony Music EMEA, was appointed a governor of the school in 2011 and was elected chair of governors a year later. He is currently chair of the personnel committee and is a member of the finance & audit and PR/marketing committees, as well as the fundraising steering group.

Burger has overseen the introduction of a fund-raising team that has so far brought in more than £1 million, as well as spearheading the recruitment of a communications director responsible for marketing and all external liaison.

His successor has been confirmed as David Carter, who is currently chair of the finance & audit committee. Carter, a chartered accountant, has worked for ICI and sat on the boards of the Almeida Theatre and Kingston University.

The BRIT School For Performing Arts & Technology launched in 1992 with the support of the music industry, which has continued to play a major funding role via the BRIT Trust.

More than 7,000 students have been educated at the Croydon-based school, including Adele, Amy Winehouse, Loyle Carner, Jessie J, Katie Melua, Leona Lewis, Rizzle Kicks and Rex Orange County. It is estimated that its students have been responsible for selling more than 150m albums.

Burger said: “When I was initially approached about taking on this important role, I had no idea how fulfilling and challenging a project this would be.  Having overseen such a successful change in the school’s senior leadership team, adapting the curriculum offering and dealing with the School’s expansion, I feel it is time to allow fresh leadership to help take the School to the next level.

I look forward to continuing to support this very special school

“I am delighted David Carter has agreed to take on this role and I know that, with Stuart Worden firmly at the helm as principal, they will continue to face the myriad challenges ahead. I look forward to continuing to support this very special school. It is more important than ever that we continue to provide a well-balanced education for all our students so that we can continue to prepare the future stars of  the performing, creative and digital arts world that will continue to drive our creative economy.”

As chair of governors, Burger has overseen two OFSTED inspections at the BRIT School, which last year achieved the best set of vocational results in its 26-year history. For the fifth year consecutively, 99% of its students went into further and higher education, employment or training.

During Burger’s spell as chair, the school has expanded from 950 students to 1,300, introduced a new leadership team and structure, and developed the governing body to more accurately reflect the diversity and gender demographics of the student body. Burger also oversaw the creation of need-based travel bursaries to ensure all students can participate in international trips regardless of their personal financial situation.

Stuart Worden, principal, said: “Paul has been dedicated to the school and his approach mirrors what we expect from our students – hardworking, positive, innovative and fun. He has helped steer us over the last six years and the staff and students owe him much in terms of the direction in which he has taken us and the success we have achieved. I am really pleased that he will be staying on as a governor as his ‘True BRIT’ approach will be part of our future success".