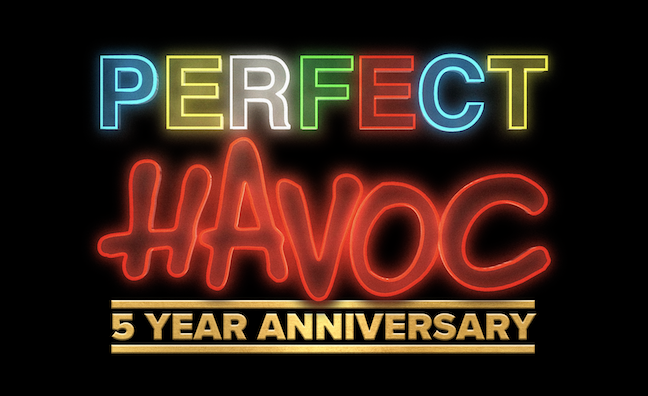 Perfect Havoc is marking its fifth anniversary with a series of activities in 2021.

The London-bases label, co-founded by Adam Griffin and Robert Davies, has enjoyed huge success with Tileyard-managed Joel Corry, who was nominated for three BRITs. Head & Heart feat. MNEK, released in partnership with Atlantic, reached No.1 and has sales of 1,647,381 according to the Official Charts Company.

Perfect Havoc singles have racked up more than a billion streams, including hits by Joel Corry and PS1. The label has partnered on releases with Atlantic Records, Columbia, Ministry of Sound, Astralwerks/Capitol Records, RCA, Polydor, Kitsuné and others. Other artists on the label include Tobtok, Oliver Nelson, Just Kiddin, Karen Harding, Todd Terry, Kokiri, Bingo Players, Simon Field, Parx, Alfie Cridland and more.

The celebrations kick off with an exclusive label showcase on Friday, May 21 at the first digital edition of the Winter Music Conference (WMCV). Provided by VRJAM and its content platform 5th Dimension, the livestream uses VRJAM’s proprietary VR technology to combine 3D graphics, special effects and lighting for a virtual clubbing experience.

Perfect Havoc is set to release a digital compilation later this summer and an exclusive limited edition vinyl, which will feature a selection of tracks that document the label’s journey to date. There are also plans for a celebratory club event in London later in the year.

Perfect Havoc is also a management agency with a publishing arm, Organised Chaos.

Perfect Havoc Label Showcase In Association With VRJAM and WMCV