Phil Kaso promoted to SVP of rock promotion for Atlantic/Elektra 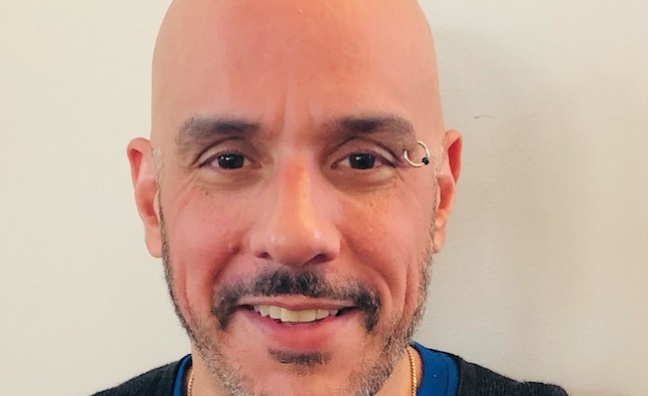 Phil Kaso has been promoted to SVP of rock promotion for Atlantic Records/Elektra Music Group.

Kaso was most recently VP of rock promotion for Elektra. In his new post, he will expand his current duties to lead promotion strategy and campaigns for both Atlantic’s and Elektra’s rock rosters.

The individual labels’ regional promotion teams will continue to work their respective artists, under Kaso’s direction.

“Lea Pisacane is beyond extraordinary on so many levels – clearly a total legend in rock promotion and a brilliant, vibrant, charismatic person to boot,” said Andrea Ganis. “We’ve been together for over three decades, and I’ve been lucky enough to witness her strategically put all our artists on the map to thrive and succeed. A 34-year run is remarkable in any business, but particularly in ours, which has sustained so many changes – it’s a tribute to Lea that she’s flourished consistently, and to say she will be missed is a vast understatement.

“She leaves very big shoes to fill, but if anyone can do it, it’s Phil. From his two decades at Roadrunner to his latest Elektra post, he’s been a passionate and dedicated rock champion, driven by a true fan’s enthusiasm. We’re excited that Atlantic will now also benefit from his unmatched expertise.”

“Phil is one of the greatest promo people in the business,” added Greg Dorfman. “His devotion to our artists and their music is total and tireless. He’s done tremendous work with Slipknot, Trivium, Motionless In White, Theory Of A Deadman, and countless others. Phil is deeply respected and admired by everyone across the rock music community, and we’re very happy that he’s now taking on this much-deserved role at both Elektra and our sister company, Atlantic.”

“When I first started at Roadrunner many years ago as a regional promo guy, I couldn’t have imagined that one day I’d be heading the rock force at two of the most iconic labels in history, Atlantic and Elektra,” said Phil Kaso. “Lea is a legend, and it will be tough to follow in her footsteps, but she leaves behind one of the greatest rock rosters in the business. I’m really looking forward to working with everyone at Atlantic, while still working with my beloved team at Elektra. A huge thank you to Andrea and Greg for this dream opportunity.”

Kaso has spent much of his career with Warner Music Group, after starting in the industry as national promotion coordinator at RCA Records. In 1999, he joined Roadrunner Records, as northeast regional promotion director and spent the next two decades rising up the ranks.

Last year, Kaso was named VP of rock promotion for Elektra Music Group, which includes Roadrunner, Fueled By Ramen, and other subsidiary labels. He has worked closely with artists such as Slipknot and Korn, while scoring No. 1 US rock records from Theory Of A Deadman, Stone Sour, Corey Taylor and A Day To Remember.