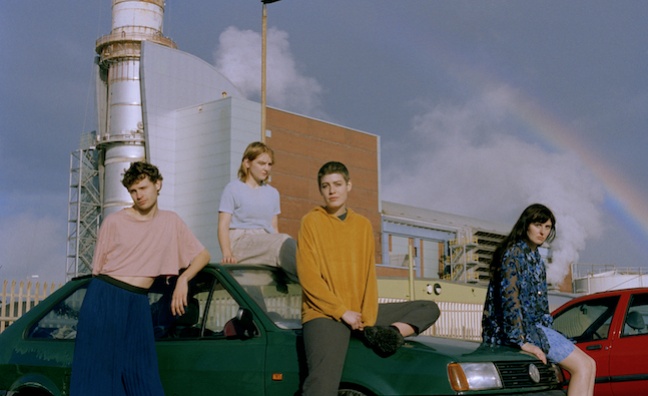 Porridge Radio are shortlisted for Every Bad, their first album for Secretly Canadian. Released in March, it has fairly modest sales to date of 2,677.

“It’s brilliant to see Porridge Radio being nominated,” said Overton. “It was very validating for the band after the time they spent making the record.

“They’re going to focus on promoting this record for as long as they can. Dana [Margolin, singer, guitarist and songwriter] and the band are really ambitious, they want to make meaningful music and they want to do it for a long time.”

Overton is confident the Mercury Prize can help Porridge Radio’s campaign, which was curtailed by the live shutdown.

“Having an event in your diary means you can focus promo and marketing activity around it,” she said. “Whether it’s a physical or a virtual [Mercury Prize], we hope the band will be able to do something to turn people on to their music.”

Overton said Shame were unlucky not to be nominated for their 2018 debut Songs Of Praise (Dead Oceans), which has sales to date of 20,365 (Official Charts Company).

“They’ve been working really hard on an album,” she said. “Lockdown has been difficult for them because they’re a brilliant live band and should have been playing this summer.”

“The ability to build the labels to sign acts locally was a really important part of my remit when I started at Secretly eight-and-a-half years ago,” she told Music Week.

“We’ve been growing steadily year on year, and that growth has been accelerated in the UK and Europe, as we’ve added staff, capacity and the ability to market and promote our records in a better way for the UK.”