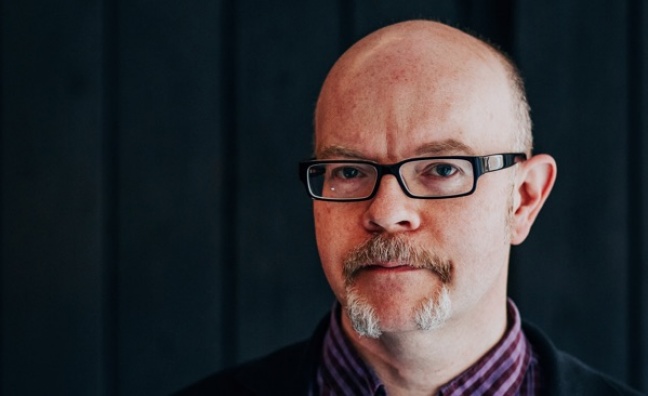 The first year to boast a theme – the 1980s – and exclusive releases for the day, with pandemic restrictions the event celebrating the cultural status of the LP has undergone some significant evolution in 2020.

What are Proper doing as a distributor for National Album Day?

"Our main role this year is to encourage our labels and their artists to take as active a part as possible through engaging their social media outlets and trying to engage the public in the concept of National Album Day. We don’t have a raft of ‘80’s product to fit this year’s theme but are very committed to supporting the day in other ways. We are very pleased and proud that La Roux is one of this year’s ambassadors as we released her latest album Supervision. La Roux is a good example of a modern artist who can talk about the partial influence of musicians from that period and how she has been able to take inspiration from what was an exciting time of development in popular music."

"It’s still early days. For me, the important thing is that the industry commits to the idea and makes it happen every year. It may take a while before having a major impact on sales, and I think that is a secondary goal. The objective is to take pride in the artistic worth of ‘the album’ and to celebrate that by provoking a national dialogue about music. It’s probably more akin to National Book Day than a conventional sales driver for the industry. In the post-war period, the album – a collection of songs or suite of music that represents a specific body of work for an artist – has established itself as the preferred way of packaging music in the same way that the novel did from the 17th century onwards for literary prose. The revival of vinyl as a format and the continued sales in millions of catalogue CDs is partly because of this. Whilst the growth in digital media has encouraged an interest in individual tracks not seen since the heyday of the 7-inch single, the continued love of vinyl reflects the primacy of the album format. To answer your question – the discussion and debate around favourite albums and the fun and excitement generated around that will have a knock-on effect on sales. It may not be huge but if it grows each year then it is working. Sales will come but they are not the only point."

How have the extra Record Store days and now National Album Day effect distribution this year?

"The extra RSDs have been manageable, that said Record Store Day needs the one day focus to work at its best. The October date is a distraction from National Album Day, but hopefully, shops can use National Album Day as a way of generating some extra footfall to help them shift any residual RSD stock."

What is your take on the 1980s theme? Has this been useful?

"I think it has been an energising force for the majors and will undoubtedly help the media to get more involved. I think NAD did require something to help focus for everyone and a thematic approach each year was a sensible decision."

What areas/genres/promotions would you like to see in future years?

"I think the scope is unlimited. More decades will work. I think the best route would probably be to work towards a focus on new music – doing a credible Best of the Year in the way that Mojo, Uncut and other music magazines do and celebrating the best work we’ve all released in the relevant year. It shouldn’t be a competition like an awards show, or with a public vote, or a reward for the most sales; just a celebration of the diversity of good music produced every year. The important thing is probably to look at the public engagement and see what they are doing on social media and see how we can tap into it. Our industry is at its best when we tap into the zeitgeist and see how we can reflect that with what we do."

Get the latest edition of Music Week for a full preview on this year's National Album Day, including interviews with ambassadors Toyah Willcox and Ward Thomas.