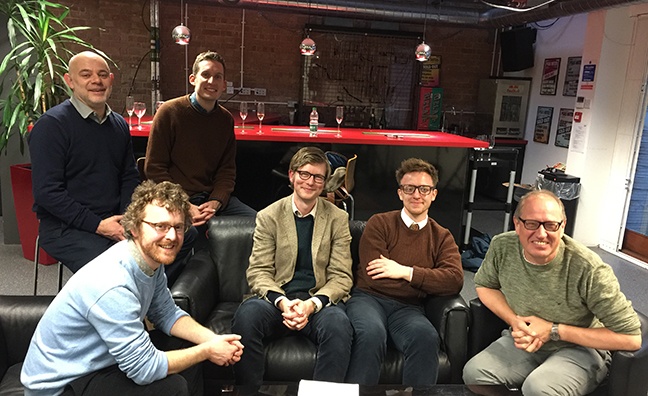 London-based instrumental duo Public Service Broadcasting have signed a worldwide licensing deal with Play It Again Sam for the release of their upcoming third album, Music Week can reveal.

The move marks the two-piece’s first contract with a label, having self-released their first two albums via their own Test Card Recordings imprint.

Their 2013 debut Inform Educate Entertain has sold 53,361 copies according to the Official Charts Company, while 2015 follow-up The Race For Space has hit sales of 69,326.

The band’s manager David Manders told Music Week the time was right to team up with with a label.

“We will continue to steer our own path but now we have a partner in that venture,” Manders explained.

“We wanted to grow our team internationally, and we needed more like-minded experts locally that know their community and can assist in the discovery of PSB.”

For Manders, PIAS was the perfect fit.

“They are fiercely independent, which fitted well with the PSB ethic,” he said.

“We felt it was a safe move rather than some big boom or bust move. It’s the right company for the band to grow within.”

PSB’s as yet untitled third album will be released later this year.