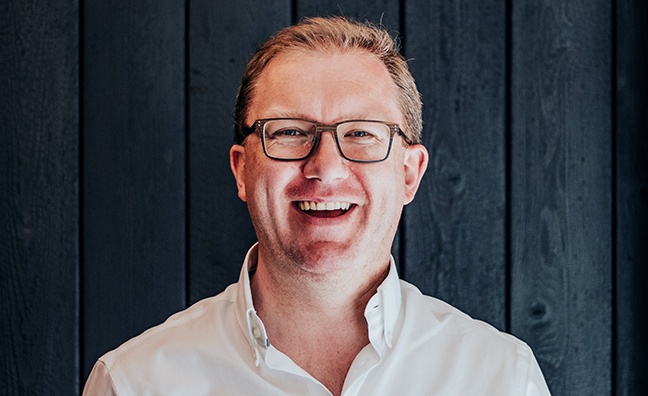 As MPs prepare to vote on the government’s Brexit transition deal tomorrow (December 11), the music industry is nervously awaiting the result - and the subsequent political fallout if the plan is rejected, as seems likely.

While much of the anxiety is focused on the potential impact on touring and copyright, in this opinion column Proper Music MD Drew Hill argues that physical music supplies are under threat - and Record Store Day 2019 could be the first big test...

On 26th November 2017, Proper opened its new warehouse premises in Dartford. The move saw us dramatically increase our storage space, update our delivery systems, and make a clear, bold statement about our belief in the resilience of the physical music market. In the year since, we received and processed over eight million units of product.

As we approach a potential Brexit impasse, we have heard much about the effects of the uncertainty on touring, on festival bills, on revenues. In a letter to the Prime Minister, Michael Dugher, CEO of UK Music, focused on freedom of movement and copyright, areas previously highlighted by him and others.

But there is another elephant in the room, the manufacturing supply chain for CDs and vinyl – which account for over 75% of UK album sales – and without which we would arguably have no record shops.

The UK has no CD pressing plants and no vinyl plants of note that can handle serious volume. Depending on your politics, ‘taking back control’ may be admirable, yet a prerequisite of control is having the means of production available. In the case of the physical recorded music market in the UK, we do not. When almost your entire product is manufactured on the other side of the Channel, the detail of concrete import regulations post-Brexit and the importance of the free movement of goods becomes a matter of business survival.

Dugher’s letter states that CDs and DVDs are ‘zero-rated for tariff purposes’ in the agreement [physical media is also zero-rated under WTO trade rules]. Yet a clause within a Withdrawal Agreement that all agree is extremely unlikely to make it through the Commons is not acceptable for our retail and distribution sectors (and that’s before considering the 4.1 million vinyl albums sold in the UK in 2017, according to the BPI).

An example of the chaos that may ensue if we ignore the issue is the advice from Record Store Day to labels on delivery dates for stock for RSD 2019 on April 13. Due to no one being clear as to whether stock will be held up on the wrong side of the border post Brexit Day on March 29, releases are required to be with UK distributors on March 7. This is a full four weeks prior to ship date and has huge knock-on effects across the manufacturing supply chain, from recording schedules through pressing plants to delivery schedules to distributors. Needing to find extra space to hold stock for those extra weeks creates another logistical hurdle and adds to our bottom line. The situation could limit the amount of releases possible for the single biggest sales day for a host of shops.

If we do Hard Brexit, the UK recordings business needs to consider its lack of production facilities

If we do nothing, RSD could be merely the tip of the iceberg. Take that contingency planning and multiply it to the entire sales lines of the physical music market and you start to see the enormity of the situation.

Over the last decade, ‘bricks and mortar’ retailers have proven to be robust, adaptable and creative. There are over 100 more record shops in the UK today than in 2009, a concrete example of the continuing viability of the physical recorded music market. Record stores have flourished as meeting points for music lovers with signings and cafes and in-stores adding to the experience. All this could be damaged if we do not act soon. I have always said that one of the greatest threats to retail was not streaming but a potential lack of stock to sell.

Anyone wanting to sell physical product post-March 29 has to ask themselves the stark question, will I be able to ship stock into the UK? Most distributors hold a limited amount of stock and, in a situation where there are queues at the Channel, boxes of CDs and vinyl will hardly be a priority if medicine and food stocks are running low.

Dependency on product that could attract tariffs and be delayed at borders is hardly acceptable for an industry that contributed nearly £0.5 billion to the UK economy in 2017. The situation requires an immediate call from the recordings business and its representatives, to ensure MPs work to maintain freedom of movement for physical formats no matter what deal is eventually agreed.

In the meantime, all parties must plan to mitigate as many of the potential risks as they can, and that unfortunately means contingency planning for ‘No Deal’. Building up stocks in the UK is an obvious short-term solution but there are limits to the capacity of pressing plants and distributor space, not to mention cashflow to finance such an endeavour.

In the longer term, if we do “Hard Brexit”, perhaps the UK recordings business needs to consider its lack of production facilities on home soil. Vinyl sales continue to rise, CD sales are proving robust and physical product commanded 40% of the UK market revenues in 2017.

Since we opened in Dartford, physical formats have defied the naysayers and remain a key choice for consumers, sustaining and nourishing our music culture. The physical market, the retailers that it services and the customers that purchase its products are a driving force at the heart of British music. We undervalue them at our collective peril.

See the new issue of Music Week for a report on the industry's reaction to the Brexit uncertainty, and the latest advice for artists and managers.