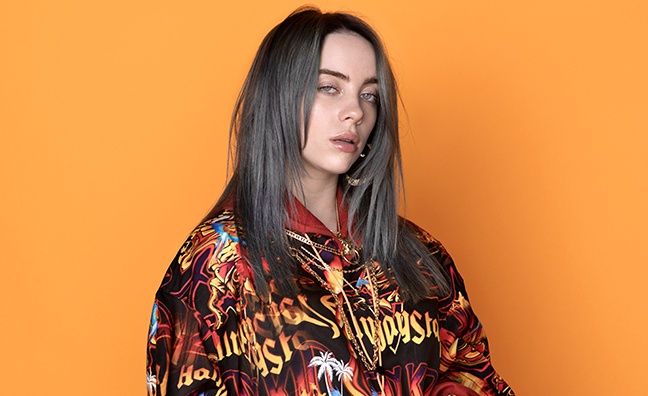 In the first week UK sales for When We All Fall Asleep, Where Do We Go? (Interscope/Polydor), the 17-year-old US artist racked up 25,343 sales-equivalent streams on her way to No.1.

But Eilish also achieved a healthy performance in terms of physical sales, with 17,749 units (36.6% of the total), according to the Official Charts Company. As well as CD, Eilish sold well on vinyl (5,916 copies across five different editions) but also on cassette – a format that was already on the way out when Eilish was born in December 2001.

As revealed in the latest issue of Music Week, Eilish is the latest chart-topping artist leading the cassette revival. The 1975, Kylie and The Prodigy have all scored decent four-figure totals on the format. Meanwhile, this year’s Record Store Day (April 13) includes a Prince cassette release.

But while the format has bounced back, the industry consensus seems to be that cassettes are cheap and collectible items that aren’t actually being played.

“It’s such a cool item to own,” Polydor co-president Ben Mortimer told Music Week. “I can understand why people flock to it, they’re such brilliant bits of merchandise – but I definitely wouldn’t listen to them!”

I can understand why people flock to it, they’re such brilliant bits of merchandise

Tom March, Polydor co-president, added: “There’s a bit of a Stranger Things thing going on. That cool, culty ‘80s sort of world where people want ownership, they want cool shit to have. You can make them neon colours and it’s quite fun. We’re not going to overthink it, if people like that as a format, or there’s any reason why people want it, then we’ll make it available for the right artist.”

“It’s hard to say how long it’ll be around for but for now it’s a good bit of fun,” added Mortimer. “We’ll be getting the MiniDiscs ready next… Just joking!”

Over time, the pattern of UK sales for the debut album seems likely to skew more heavily towards streaming. Eilish’s 2017 EP Don’t Smile At Me has 141,803 sales to date, of which 85% is down to streaming.

To read our report on the cassette revival pick up the latest issue of Music Week – or click here.