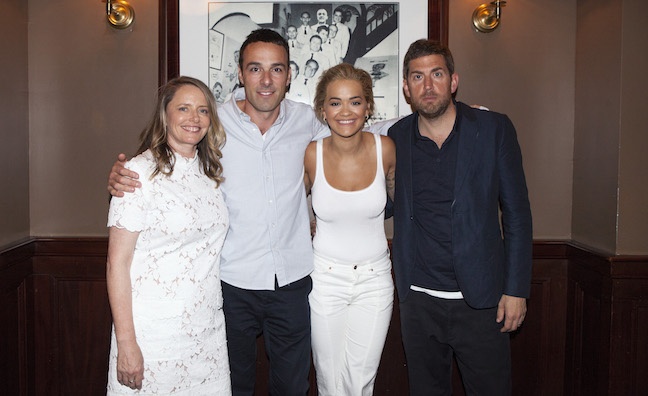 The deal is global excluding Asia, with new material from the artist due for release later this year.

Ora signed to Roc Nation for a five-album deal in 2008, but the two sides split somewhat acrimoniously after she sued the label last year for neglecting her. Roc Nation countersued a month later, claiming it had spent more than $2.3 million recording and promoting her debut album, 2012's Ora. A settlement was reached in May of this year.

News of Ora joining Warner broke earlier this month, after the singer shared a Snapchat of contracts obscured by flowers - although it was not known at the time which label she had signed to.

On top of performing, Ora has appeared in the films Fifty Shades of Grey, Southpaw, Fast And Furious 6, and appeared on both The Voice and The X-Factor as a judge. Brand partnerships thus far have included Adidas, Rimmel and Tezenis.

Of the new deal, she said: “Music is my first love and I am looking forward to getting my new songs released. I’m thankful to my new Atlantic Records family for all their support and encouragement. The next chapter is going to be incredible.”

President of Atlantic Records UK Ben Cook commented: "Rita is a rare talent and a true global star. First and foremost she’s a great singer who's hugely passionate about music and I'm delighted to welcome her to Atlantic Records. We look forward to getting in the studio with her and making an incredible album."

Sarah Stennett, CEO of First Access Entertainment, added: “I have worked with Rita since she was 17. She has always been a great entertainer with an electric personality; singing is at the heart of everything she does. I am thrilled that Rita has Atlantic Records as her global record label in this next phase of her career.”