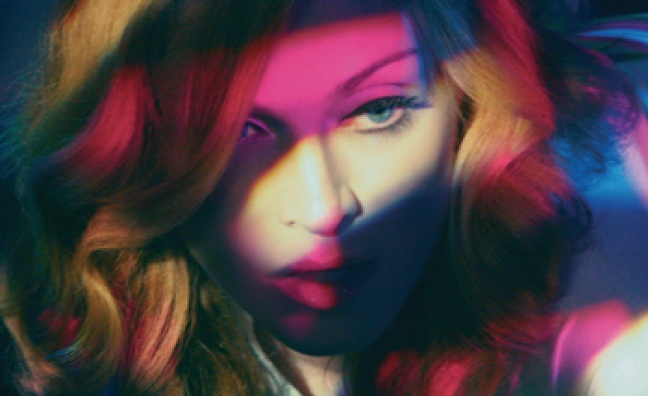 Seminal US label Sire Records celebrates its 50th anniversary this year. Here, its co-founder Seymour Stein discusses some of the iconic acts that helped build its legend:

We’re not allowed to have favourites, but I love them. My ex-wife [Linda Stein] wound up managing them. I got to know them just about better than any band; they were always at my house. It’s a very bittersweet thing, because all of them are dead and it shouldn’t be that way.

The story about me signing her from the hospital bed is an absolutely true story. Madonna is something very different, not like any of the other artists on Sire. You wouldn’t think that I would have signed her but it wasn’t just the song [Everybody] that I heard. When I met her, it was a freakish thing, I was in the hospital so she came to see me in the hospital and that’s where I made the deal with her. She walked in with such determination and strength; I knew she would do anything to become what she has become.

What a voice and those songs. They were very early on for what they were doing. The first time I saw [Robert Smith], he was still with Siouxsie & The Banshees.

Geoff Travis called me up and said, I’ve just seen a band I’m in love with, I think you’ll love them even more than I do. That was enough for me because Geoff is a great talent. I said, When is the next gig? He said, In two days, it’s probably a bit hard for you to get here. I said, No, it’s nothing. I found out about Depeche Mode the morning that they were playing and luckily I decided to take a wad of money and take the Concorde, which was like $8,000, to see them and I signed them on the spot. This was nothing compared to that, I fell in love with [The Smiths] as much as he did and that’s what happened. I still love them. Morrissey can be hard to deal with at times but that doesn’t make him any less of a talent, he’s a genius, and Johnny Marr is the greatest guitar player of his period.

I never heard them, but I had become very friendly with Daniel Miller and respected his taste over everyone else’s. When I read in the Melody Maker or NME that he had signed a real band, that’s when I got dressed, grabbed my passport and I took a total gamble. But I was gambling on a genius and Daniel Miller is a musical genius, and he was right. They’re all great guys, Depeche Mode.

We go from genius to genius. I’d been travelling back and forth to England and I kept missing their gigs. They were real pioneers of video and were still up in Providence a lot. I get this call from Johnny [Ramone] and he said, You know we’ve written some new songs, you’ve got to hear them. We’ve booked ourselves in to [New York club] CBGB’s. Surprise, surprise, Talking Heads were opening for them. but I thought it was a different band opening. I was stood outside in November, it should have been very cold but it wasn’t, waiting for The Ramones to go on. Then, Talking Heads go on and the music blew me away, I was sucked into the room by the music like a snake charmer. It was just unbelievable, one of the greatest experiences in all my life. I wish the band had stayed together longer - a gift to the music business and to their many fans. David Byrne has influenced so many people in so many ways and the other members have as well, in a very different way. It was a multi-talented band.

Music Week's full interview with Seymour Stein can be accessed by subscribers here.