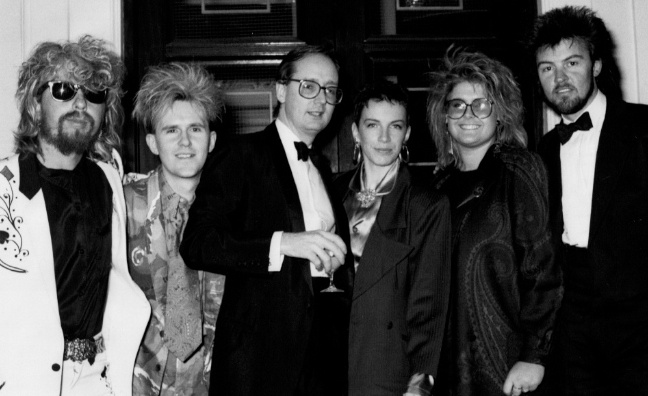 Major industry voices have added their tributes to John Preston, following the announcement of his death at the age of 67.

Details have been confirmed for the funeral in Edinburgh next week. It will take place on December 5 at 11am at Mortonhall Crematorium, 30B Howdenhall Road, EH16 6TX. The funeral will be followed at 2pm by a gathering in the Signet Library, Parliament Square, Edinburgh EH1 1RF.

Simon Cowell said: “John was one of my first bosses at BMG and an absolute gentleman to work with. He inspired incredible loyalty and I owe a lot to him. I am sending his family my thoughts and prayers. He will be greatly missed.”

He said: “I’m so profoundly saddened by the news that John has been lost to us, but grateful too that I had the good fortune to have worked with him for the best part of a decade. Of all his many qualities his greatest, arguably, was that special and rare ability of being able to harness disparate talents and personalities to forge a hugely effective team. He was a quiet and unassuming man, but it speaks volumes that he was able to successfully balance the particular challenges of managing a fiercely indie label like Deconstruction, the strong personality of a Simon Cowell, and to get the very best out of someone like myself and other young executives coming through. There’s a whole generation that owes him a great deal, and he will be greatly missed.”

Rob Dickins, former chairman Warner Music UK, said: “For John, taken too soon…a rare intellectual in our business, a lover of music, a leader, a gentleman and a friend. Cherry’s and my thoughts are with Roz who has lost a wonderful husband, first mate and best friend."

Rosalind Preston, his widow, described the couple’s pride in their boat Sweet Dreams, which was built in tribute to their relationship with The Eurythmics.

She added: “It is a source of great comfort to me to know how much love and respect John inspired in his colleagues and amongst the artists he worked with. Thank you for all your messages of support.”