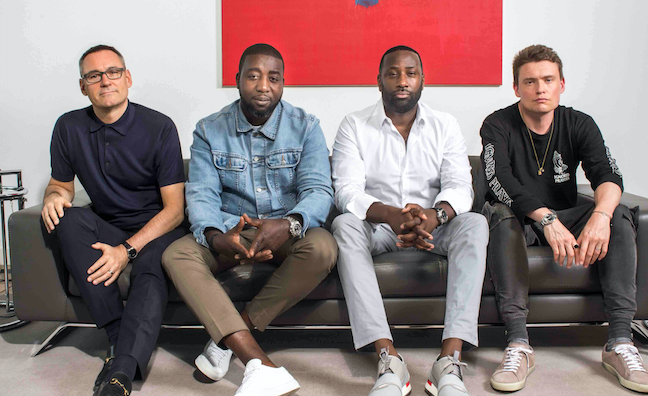 Sony Music UK has launched a new label, Since ’93, with Glyn Aikins and Riki Bleau installed as co-presidents.

Music Week broke the news in this week’s edition, out now, with chairman/CEO of Sony Music UK & Ireland Jason Iley conveying his excitement about the new label.

With the aim of nurturing a new generation of grassroots talent to international success, Aikins and Bleau will report to David Dollimore, president, RCA Records and Ministry Of Sound.

Aikins has worked in A&R at Relentless Records, Virgin and Virgin EMI and has signed a raft of acts including So Solid Crew, Lethal Bizzle, Roll Deep, Naughty Boy and Emeli Sandé.

Bleau started his career at Channel U and  manages Naughty Boy and publishes Sandé and Sam Smith through Avant Garde Music.

David Dollimore said: “Glyn and Riki are the definition of entrepreneurial spirit. They are game changers and two of the most respected execs in the business. It’s a very exciting time for the company and we are committed to investing in A&R, so to launch Since ’93 as a standalone label is a landmark moment for RCA.”

Glyn Aikins commented: “You can’t imagine what it means to join the Sony family to realise a long held ambition and vision. Jason Iley and David Dollimore have been tremendous with their support and partnership, making Sony the perfect place for Since ’93 Records. I’m delighted to work with Riki Bleau, a long-term colleague and friend.  With Since ’93 we’re building a label uniquely placed in British culture with a truly global outlook.”

Riki Bleau added: “Having sat with David and Jason it was clear I’d be given the freedom and support to make Since ’93 Records into a global powerhouse. To work with Glyn Aikins, who I’ve shared so much success with is a blessing.  We want to be up there with the greats of the past creating a label of the future.”

London rappers Loski and Fredo are among the new label’s first signings, alongside Manchester MC Aitch.

Fredo’s Tables Turn EP reached No.5 earlier this year and has sold 30,605 copies so far.

For the full, exclusive story, including Aikins and Bleau’s plans for their roster, check out the new edition of Music Week.