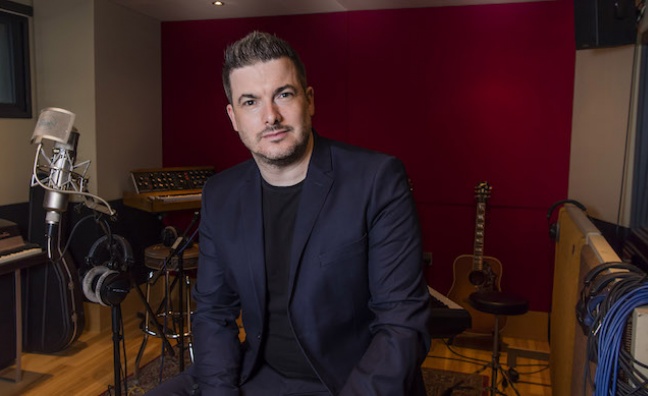 The appointment pairs Grammy-nominated Demetriou with Universal’s Oscar-winning creative and commercial partnerships division. He will have an initial focus on providing strategic visual A&R support to the company’s label teams and artists in creating short- and long-form content.

Universal Music UK CEO and chairman David Joseph said: “The synergy between the worlds of music and visual has never been more relevant, with story-telling visual A&R now an essential part of any successful creative campaign. Our investment in this area will give artists and managers something way ahead of any current offering.”

Demetriou was recruited from Warner Music UK, and has overseen Grammy-nominated music documentaries and concert films by Blur, Coldplay and Gorillaz. As VP, contents & formats strategy, at Warner Music UK, he launched the Firepit creative studio last year and produced Ed Sheeran’s Jumpers For Goalposts for NBC and Sky, which has been screened theatrically in 95 countries.

Universal Music is preparing for next year’s move to its state-of-the-art HQ in Kings Cross. The new building will include a bespoke array of in-house filming and editing facilities for the Globe team’s audiovisual A&R strategy.

Demetriou will report to Globe President Marc Robinson when he joins Universal Music in October.

Robinson said: “Globe’s strength has always been its ability to collaborate and co-produce with talent and experts across the board in bringing ideas to life, offering creative, commercial and career-defining moments to our artists and managers.

“As we build on our current slate with different platforms and broadcasters, alongside the ground-breaking work being done in the branded content space, we are excited to welcome Stefan to the team so we can continue to pioneer and lead the pack in this field as part of UMG’s global audiovisual strategy.”

Demetriou added: “I’m delighted to be joining Marc’s Oscar-winning team at Globe. It’s an exciting time for Universal Music, particularly with the move to its new state-of-the-art headquarters next year. I am looking forward to collaborating with external producers and partners as well as developing the existing team to create compelling and creative content.”

Globe launched in 2012 in order to bring sync and brand partnerships together with content creation. The division has produced concert films and documentaries for artists including Queen, Take That, Paul Weller and Elton John, as well as the Launched with Red Bull and Future Sounds series on Channel 4. Globe Productions also partnered with On The Corner for the Oscar and Bafta-winning Amy.

Samsung were paired with Years & Years on a VR campaign that went on to win the Music & Brand Partnership category at this year’s Music Week Awards.

To read the exclusive interview with Marc Robinson, click here or pick up this week’s issue. To subscribe and never miss a big music biz story, click here.