Stormzy, The xx and Because Music among AIM Awards winners 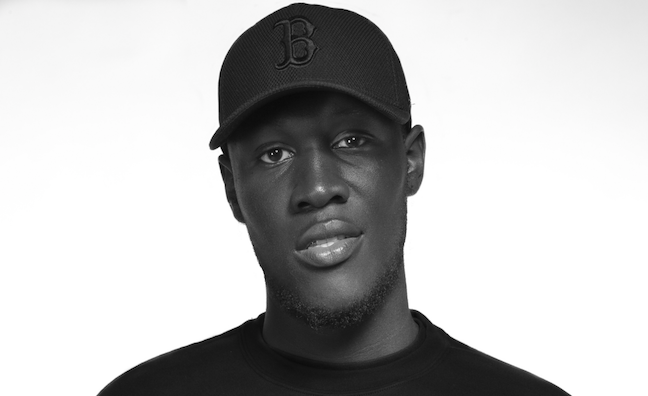 Stormzy triumphed at the AIM Awards in London tonight (September 5) with wins for the PPL award for most played new independent act and independent album of the year (Gang Signs & Prayer). It follows his AIM Innovator Award last year.

The grime star’s No.1 debut, released via his Merky label and ADA, has combined sales of 207,179 according to the Official Charts Company.

The awards ceremony for the independent sector, staged at The Brewery in East London, was hosted by MistaJam and Clara Amfo. Performers on the night included British rapper Dave and indie-electronic band Public Service Broadcasting.

Sampha won independent breakthrough of the year for his debut album, Process (Young Turks). The XL Recordings label also had a win with On Hold by The xx, which was named independent track of the year.

Because Music – home to Christine And The Queens, Major Lazer and a large chunk of the London Records catalogue – picked up independent label of the year. Electronic music label Planet Mu won best small label, while Katie Riding and Joe Daniel claimed the indie champion award for their Independent Label Market concept.

Following their sell-out takeover of The O2 over the August Bank Holiday, the Innovator Award went to grime collective Boy Better Know, made up of JME, Skepta, Wiley, Jammer, Frisco, Solo 45, Shorty and Maximum, plus agent Rebecca Prochnik and manager Sam Burton.

Donations were collected at the ceremony for charity partner Youth Music.

INDEPENDENT BREAKTHROUGH OF THE YEAR: SAMPHA

INDEPENDENT TRACK OF THE YEAR: THE XX – ON HOLD

INDEPENDENT VIDEO OF THE YEAR: DJ SHADOW – NOBODY SPEAK (FT. RUN THE JEWELS)

INDEPENDENT LABEL OF THE YEAR: BECAUSE MUSIC