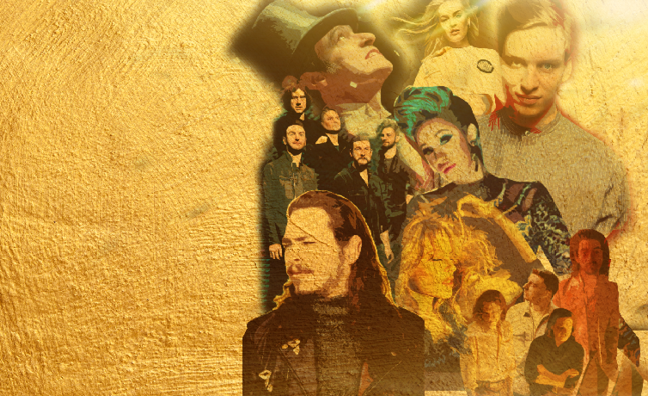 Figures from YouTube Music’s new subscription service will kick in for the Q3 survey, and Taylor said he was optimistic the new player, plus rivalry between Spotify and Apple Music, would help expand the market still further.

“A more competitive subscription streaming market is good for everyone,” said Taylor. “Free to subscription has really been a Spotify game until now, and Spotify has been very good at converting users. The big question is how successful YouTube Music will be as a funnel.”

“The more players in the market, the happier the ecosystem for both consumers and content owners,” Allen told Music Week. “We’re moving to a place now where there’s no one dominant player in the market and that’s got to be good for us all.”

Taylor said research shows there are around 10 million YouTube users in the UK who do not subscribe to a streaming service, meaning there was great potential to convert more people to paying for music.

“This is not cannibalistic,” he said. “This is not people who would swap from being a Spotify user, we’re talking about people who might come into the subscription market. There’s plenty of room for further growth, which is encouraging, and obviously our job is to keep putting out great music.”

After a slow Q1 for new releases, several 2018 albums broke through in the second quarter, most notably George Ezra, whose sophomore set Staying At Tamara’s (Columbia) was the No.2 artist album over the period, selling 210,001 copies.

The Greatest Showman sold well on CD, but it was a tough quarter elsewhere, with physical album sales falling 20.6% on last year, despite vinyl growing by more (10.3%) than it did in Q1 (4.7%). This time last year, Ed Sheeran and Rag’N’Bone Man were helping minimise CDs’ decline, but a third big quarterly drop in a row will have some pondering its future.

“Consumer behaviour is shifting from ownership to access,” said Taylor. “But we still see a significant number of people who like to own music. It’s wrong to focus on one sub-segment of this market, what we’re seeing is continuing growth in music consumption. Yes, formats are changing, but I don’t think that should scare us because, ultimately, we’re a growing business.”

David Hawkes, MD of Universal Music UK’s commercial division, told Music Week he expects CD sales to stabilise in the second half of 2018.

“Last year we saw Ed Sheeran and Rag’N’Bone Man possibly artificially driving CD performance,” he said. “Clearly there are some concerns [in the retail sector] but I would expect that percentage reduction to get smaller as we go through the year. So, [I’m] not overly concerned, it’s a natural transition.”

Declining physical sales make the continued growth of streaming even more vital for the biz. The industry had a setback in its long-running struggle with tech companies over the so-called ‘value gap’ last week, as the European Parliament opted for a full debate and vote over the new Copyright Directive, rather than voting through the recommendations of the JURI Committee (see page 5).

If passed, sites such as YouTube would become responsible for the content on their networks, which could in turn lead to more money for rights-holders.

“When YouTube is launching a subscription service that will deliver a fair market value back into the business because it’s properly monetised, then we absolutely support everything they’re doing,” said Taylor.

“That doesn’t mean that we’re going to agree with their lobbying against the Copyright Directive, where we think they’re on the wrong side of the argument,” he added. “Where we’re seeing all the value coming from is the licensed part of the market. That is the future, rather than people trying to hide behind safe harbours to avoid paying royalties.”

The biz is also on track for another full year of solid growth, with the figures for the first half of the year showing Album Equivalent Sales up 6.3% on 2017.