Ted May outlines his ambition for eOne UK 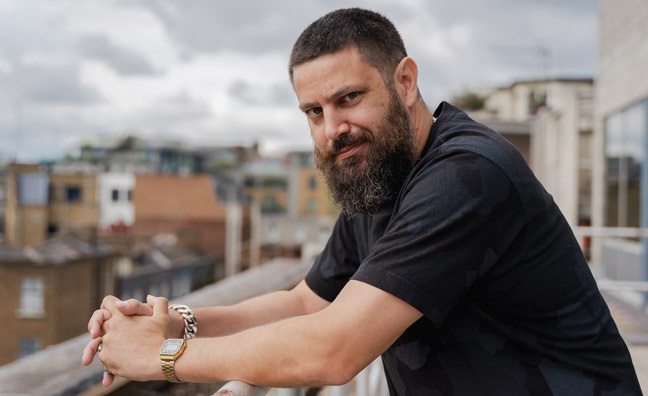 In the new issue of Music Week, we explore the compelling world of eOne music operations.

“The vision is the same as when I got here,” said eOne’s global president, music & live, Chris Taylor. “It’s about trying to build a special place for artists, and trying to build as much opportunity for them as possible. I think we’re on the road to accomplishing those things.”

The UK plays a big part in Taylor’s masterplan for eOne, and the man in charge of making that happen is Ted May – managing director, UK & head of international, music.

May joined eOne from Universal Music UK back in 2016, where he previously worked on campaigns for The Lumineers, Chemical Brothers and Jessie Ware as senior international marketing manager. That built upon a past that already included managing The Streets and running independent label The Beats where he signed Professor Green and Example.

“Ted’s done such a great job of bringing in some really great people,” salutes Taylor. “The UK is a big part of our strategy, and Ted is a big part of the global management team. He works on some big records coming over from North America, but then he’s also developing his own domestic roster, and signing artists and doing a really great job at that, doing great deals. He’s really hitting his stride.”

In the feature, May pointed to the success of Riton & Kah-Lo as an example of eOne UK’s rapid success growth.

“The biggest moment was their Fake ID record,” beams May. “We’d been in business for maybe a year, and ended up with one of the biggest viral tracks in the world – it’s still doing three million streams a month!”

Moreover, May is positively buzzing about the talent eOne is currently developing on British soil, including rising star Jelani Blackman.

“Everyone’s calling me telling me he’s a dead cert to win the Sound Of Poll 2021,” said May, predicting big things for Blackman in the near future. “I'm really excited about him.”

“He’s been long regarded as one of the best UK MCs,” May told Music Week. “He’s just an incredible personality. We've got a record coming with him which very much comes from the grime world, but is very much a new thing that hasn't quite got a name yet.”

Singer-songwriter Norma Jean Martine is another act May is setting high expectations for.

“She’s got a voice you can’t forget,” says May. “She’s been a writer for a few years. She currently has one hit as a co-primary in Europe. And we've got lots of records coming with her, so that feels really exciting.”

In the feature, May outlined his goal and vision with eOne UK.

“I like to think everything has extreme high quality, and genuinely stands out amongst their peers as being kind of unique in the field of whatever they’re doing,” he said. “XL stands out as the label that’s been able to do that and they’ve been built on passion and letting the music go first. So for me, that’s the vision for eOne UK’s identity. It’s begun to shape over the last two or three years when we’ve had these tracks that have had a really long tail, whether they’re in the dance world, rap, indie or whatever. I want it to be like the indie labels of old when people used to buy physical products on the basis of the label, whether it was Sub Pop, XL or Skint – those labels had a mark of authenticity and quality control.”