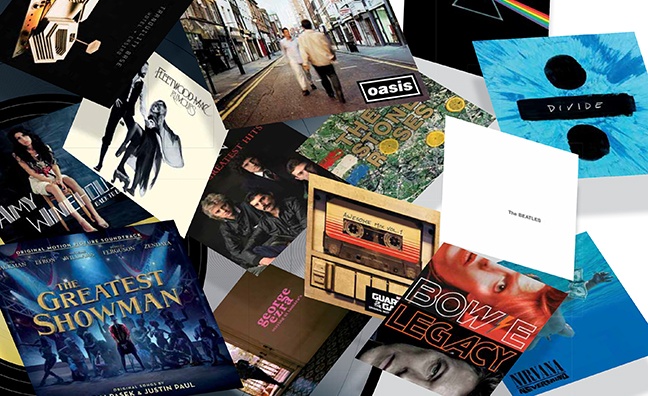 The BPI's Chris Green has told Music Week that interest in vinyl remains "buoyant" despite signs its much-trumpeted revival is slowing.

Vinyl LP sales hit 4.2 million last year, translating to just over £57 million in revenues for UK record labels, and Green, the trade association's director of research, said there was still much to feel positive about.

“Since 2015 there has been a remarkable 128% rise in sales, eclipsed only by the continuing shift towards streaming over the same period," he said. "So I think it’s fair to say that the vinyl market is in a good place and that LPs have carved an important and healthy niche for themselves in the overall music mix."

Arctic Monkeys' sixth studio album, Tranquility Base Hotel & Casino, became the fastest-selling vinyl record of the past 25 years when it sold 24,500 in just seven days last May.

Indeed, with 12,000 albums released on vinyl in 2018, LP sales remain at their highest point since the early '90s. However, Green warned that issues around supply could eventually curtail the format's resurgence.

“With any product that has enjoyed so many years of continuous growth, there is always a challenge in keeping its appeal fresh and that sense of novelty and cutting edge," he said. "The main practical issue is not likely to be demand, however – I think there’s plenty of that to go around still – but one of supply, given the difficulties in developing increased production capacity. The question we have to ask ourselves is whether supply is approaching saturation point.”

He added: “Whilst we will continue to see growing demand for vinyl, the possible supply issues mean that its rate of growth may necessarily come down to a more consolidated, stable level.

"This arguably may not be such a bad thing if it helps to sustain the excitement and niche appeal of the format, and prevent it from becoming overly mundane and ubiquitous. Overall, I think we can look forward with a measure of optimism.”

Click here to read the full vinyl feature from the latest issue of Music Week.